"Women of color are and will continue to change the landscape of television. They just need more resources to do so." The Rich Idea is the brainchild of HaJ who for over a decade has worked with creatives to workshop their ideas into TV show pitches in a virtual "Writers Room." This process includes HaJ also inviting her personal network of industry guest speakers from Paramount, Netflix, OWN, HBO, ABC to offer additional professional development. HaJ coaches her clients with a unique methodology that blends her extensive background working in development at Sony Pictures' Red Wagon Entertainment, Brillstein Grey, Universal Music Group, iOne Digital, as well creating, producing and licensing content to networks and studios including ABC, VH1, CBS, Disney and most recently selling a half-hour comedy to BET. HaJ has creativity in her DNA. Her mother, Ayoka Chenzira most recently directed Queen Sugar, Greenleaf and Netflix's second season of Trinkets is considered to be one of the first Black women filmmakers to write, direct, and produce a 35mm feature film, Alma's Rainbow (1994).

"The Rich Idea is the answer for all of those creative stories and ideas that have been buried under the mattress and need to come alive on our screens. My workshops create community, accountability, and results," says HaJ. As an example, HaJ's clients credit her for being a game-changing asset in their careers including, Nicole Valentine a former lawyer turned tech entrepreneur and talk show host who had an original idea for a TV show, Empower Lunch, which she worked with HaJ to develop that aired on ABC featuring MC Lyte and Bernice King.

HaJ's next Rich Idea "Writers Room" will start January 2020. Only 10 applicants with unique and game-changing ideas looking to be developed into a TV pitch to sell to a network or buyer will be admitted into HaJ's Private Online Group Coaching Program. HaJ is giving back by providing discounted registration fees. Early registration is now open at http://therichidea.com/.

The Rich Idea is a new online platform led by Atlanta based Emmy nominated & Award-winning Writer & Producer, HaJ, who works with Creative Entrepreneurs with unique and game-changing ideas for television to pitch and sell to networks and buyers. 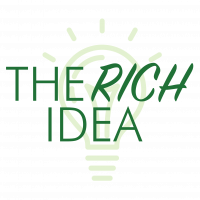 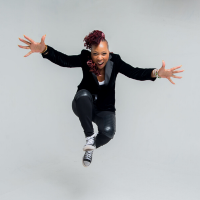 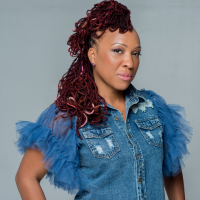 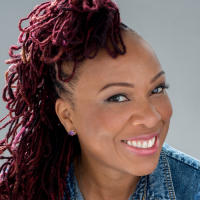