Austin, TX -- (ReleaseWire) -- 03/15/2018 --The story of CredForce building up into a phenomenal global impact-force in capability-validation, credentialing and standards development leaps to the next level as CredForce America prepares to lend high-octane force to American business and industry.

"We want to drive American business, and drive our business through America", says Rajiv Gupta, a Wharton Fellow and the President and Group CEO of CredForce who's personally masterminding the establishment and growth of CredForce America and who, within the months of starting American ops for CredForce, consummated a blockbuster Wharton partnership for the world's most elite talent management programs for CHROs driving talent in some of the world's best-known corporations.

Based out of Austin, TX, CredForce America brings on its leadership advantage of being the world's first and the largest provider of credentialing, accreditation, capability validation and certification solutions to the global industry. The globally networked company designs, builds and commissions credentialing systems and certification products for businesses, institutions and governments, and offers the largest range of certification solutions to professionals and companies, cutting across professions, business functions and industry verticals. "As leaders in our space, we focus on lending leading-edge to our clients and customers. That's exactly where programs like the CredForce-Wharton ones in talent management have immediately built good traction" says Randy Decko, the Senior Vice President, North America for CredForce America. Notably, the company is also finalizing plans mounting similar high-end collaborative programs in Data Science and Blockchain, among others.

"We fancy ourselves in the business of making all of us compete better, grow well, despite the future, and the flux in it!" says Rajiv. "Big deal, but we do see ourselves building into one of this century's most profound impact-forces; career-propellers, economy-builders", he says while we discuss his inspirational exchanges with some of America's most promising startups, CXOs and industry experts in the ongoing South by South West (SXSW) event in Austin. CredForce America targets certifying 5000+ professionals in leading technology professions, and custom-developing captive credentialing systems for at least a dozen organizations in the next two years. The company is busy building a strong team, as this goes to the press – with a focus on hiring talented Austinites and tapping premier universities in the state like UT Austin, and Texas A&M.

As a company that influences business and careers in the 21stcentury world through credentialing like few others may do, CredForce aims at building for the United States its largest and best ever pools of the best-trained and highest-credentialed talents in Data Science, Blockchain, Talent Management, and most of the domains, where American business and industry is looking to seize global leadership advantage. "Our worldwide experiences of working with Multilateral aid bodies; global charity foundations; government agencies, ministries and special interest groups; universities; industry promotion boards; professional associations, and indeed a host of small and large business corporations including Fortune companies around the world – we want to tap these experiences to offer to American businesses solutions that impact their growth and fortunes right away," contends Rajiv.

He explains how CredForce, through its seamlessly integrated internal value chain and a globally networked presence, is helping solve perhaps the most fundamental of business-growth and career-related problem – the Credibility piece. He says, "The cost of going wrong with new hires or of doing business for a wrong company is unforgivably high now. At the same time, the cost of assuring and vetting and validating your choices too, is very high. Then, there are frauds that don't exactly keep a ref-check or a due-diligence process entirely reliable."

Driven by technology and the zeal to propel careers, companies and economies through state-of-the-art capability validation, CredForce boasts of a jaw-dropping range of services related to credentialing, capability validation and certification. It was adjudged a BRICS Top 100 most valuable company primarily for its pioneering initiatives in converting capability-validation into an organized global industry vertical. Its array of awards and accolades from industry and governments also include Entrepreneur of the Year Award for Rajiv Gupta and Company of the Year Award by the CEO Magazine.

Today, with its 50+ Certification products; 18 standard frameworks, and wealth of knowledge across industries and functions, CredForce seems ready to meet the most complex of credentialing needs of the widest possible spectrum of industrial, business and social verticals. CredForce America is working on several collaborations and alliance proposals including those with the ivy league institutions and business & technology education & research leaders like University of Pennsylvania and the Wharton School.

That is an indication enough that credentialing will expand its importance into being one of the building-blocks of 21st century business and professions. CIO Review studies and interactions with CredForce managers and staffers have revealed interesting illustrations of how standards-based credentials scientifically validate the capabilities of systems, organizations, and people as well as their ability to perform consistently at the highest levels. In today's time, certified, accredited, credentialed, and quality-recognized resources and systems are always preferred across domains, and CredForce America seems poised for delivering the goods. 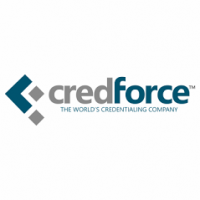