San Francisco, CA -- (ReleaseWire) -- 10/09/2017 --Top Airport Parking, a major provider of parking around North American airports, recently announced that it's accepting cryptocurrencies for purchases--with dozens of varieties, such as the popular Bitcoin along with the likes of Ethereum, Litecoin and Dogecoin.

In fact, though they only launched acceptance in two markets recently (at Denver and Pittsburgh airports), they've already seen over 50 cryptocurrency reservations.

"We are trying to see how we can utilize this new blockchain technology for our company," said Patrick Murray, CEO of Top Airport Parking's parent company NOSON Inc. "While we're still coming up with ways to do that, we figured a good first step to support the community would be to accept other cryptocurrencies."

In addition, they are accepting digital currencies at all their locations: Pittsburgh, Denver (already launched) and now, Columbus, OH, Providence, RI, Boston, MA; Laguardia Airport, New York, Atlanta, GA, Jacksonville, FL, Oakland, CA, and The Port of Miami (for Cruise Port Parking). The newest market they launched was for Chicago O'Hare Parking. They aim to be in 30 markets by the end of 2017.

As Cryptocoins News noted in an article, (source), "Bitcoins have made it into our nation's airports in a way other than airport parking. Bitcoin ATM's have begun cropping up in Airports, such as Coinsource operated Genesis Bitcoin ATM at JFK Airport in New York City, where one can buy or sell bitcoins."

Indeed, according to a recent article by Business Insider, there are nearly 900 cryptocurrencies available on the web, with Bitcoin being the largest with a market capitalization of more than $67 billion. (source)

About Top Airport Parking
Top Airport Parking currently serves Chicago O'Hare, Atlanta, Jacksonville, Pittsburgh, New York LaGuardia, Denver, Providence, Columbus, Oakland, The Port of Miami and Boston with their Cheap Park Deals. Cheap Park Deals are unbranded parking deals where you don't know where you'll be parking until after you make a purchase. These Cheap Park Deal options are also the cheapest prices in each of the above markets, and typically by a lot. 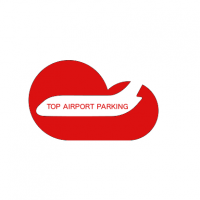