Granby, QC -- (ReleaseWire) -- 08/21/2020 --Bitcoin mining has proliferated, and one company leading the way is D-Central. Recently, this company announced that it would be expanding its Bitcoin mining operation in Quebec, a sign that the company continues to be successful and is growing rapidly as a member of the community. Although the company was only recently founded in 2016, it is run by a team of professionals who love everything involved in this unique cryptocurrency. Due to the interest in their Bitcoin mining products, D-Central decided it was time to expand its business in the region. This has given rise to new opportunities for everyone looking to get more involved in the world of Bitcoin mining.

While D-Central has been successful in the Bitcoin mining world in a relatively short period, there have been some ups and downs as well. There was a recently issued moratorium that hurt several companies working in the industry, and, of course, the COVID-19 pandemic crippled many businesses in the region. Either way, Bitcoin mining and D-Central continue to remain strong, and they are pushing to try to expand their operations and meet these challenges because they know that Bitcoin mining is far too important just to let it go. This technology has the potential to transform the way society operates, and this company wants to do everything it can to ensure that everyone has the opportunity to mine Bitcoin.

To ensure that anyone who wants to start Bitcoin mining has the option to do so, D-Central recently made a significant announcement. The Bitcoin mining company has announced that it is closing its warehouses that serve the Joliette area and to announce its move to Granby. D-Central understands that its Bitcoin mining operations will only continue to grow and let the passion for decentralizing Bitcoin mining operations guide their decisions. In addition, the company announced that this new facility would only be the first of many other facilities to be established throughout the Quebec region. Right now, the region's economy needs help and Bitcoin mining has the potential to move the economy forward in a positive way.

This company will also explore opportunities to expand the use of blockchain technology. The government has already announced that it wants to ensure that blockchain technology is a priority in the years to come. Of course, Bitcoin mining is one of the most significant users of this type of technology. Therefore, D-Central will also support this movement. As a result of the recent moratorium, Quebec's reputation has been damaged. The company is working hard to put this beautiful part of the world back on the map to reverse this trend, and the hope is that other companies will see the investment opportunities in the belle province and help kick start the economy. If Bitcoin mining shows the way and succeeds, then D-Central is proud to have led the way on this front.

Furthermore, Hydro Quebec has always been one of the cleanest and cheapest forms of energy in the world. If this is the type of energy that could be used to power Bitcoin mining operations in a clean way, then it should be used. Of course, D-Central will continue to push for nullification of it's carbon footprint by planting trees that cover all the CO2 emissions emitted by hydro-electricity consumption. The company is very aware of its carbon footprint.

Finally, the company also announced that it would open an ASIC repair center in the greater Montreal area. The goal is to ensure that anyone involved in Bitcoin mining has the opportunity to have their equipment repaired efficiently. With access to reliable technicians, anyone will be able to keep their mining operations running. The world of Bitcoin mining is changing rapidly, and D-Central is leading the way. As they develop their activities in the region, it is evident that the company is in this area for the long term. Visit the D-Central website today to learn more about their Bitcoin mining operations. 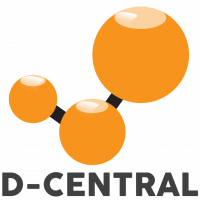