Becky Dodds asked Craig Watkins to continue an investigation into the disappearance of plea bargain paperwork that went missing from a case heard by Judge Elizabeth Frizell. According to Dodds, Watkins said that he would not pick fights with judges during an election season.

The alleged missing paperwork incident and Dodds’ claims against Watkins occurred in April of 2014 in a family violence case heard in Dallas County. The defendant in the case told the judge that she didn’t understand the charges in the plea bargain she had just signed. Then the signed paperwork vanished.

Judge Frizell should have advised the defendant to discuss the charges further with her defense attorney. Then if Judge Frizell wanted to have the plea bargain removed, she should have sent the clerk a written documented order instructing them to do so. Instead, the judge told the clerk to remove the plea from the system and it was never seen again.

No grand jury investigations into Frizell’s actions have taken place as of yet.

About Craig Watkins
Craig Watkins has not been indicted for any charges. If the government were to bring charges against him, they would most likely involve federal corruption charges, assuming patronage or influence peddling were involved. Federal corruption is a federal criminal charge (http://www.dfwcriminallawyer.com/white-collar-crime/) and third degree felony punishable by up to 10 years in prison. 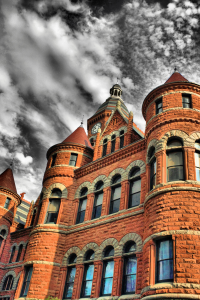