New York, NY -- (ReleaseWire) -- 04/01/2009 -- Downtown Community Television Center is honored to announce that Bullets in the Hood: a Bed-Stuy Story has won a New York Emmy Award for Excellence in Teen Programming. Directed by Terence Fischer and Daniel Howard, former students of DCTV’s PRO-TV youth program, Bullets is a documentary about the shooting of one of the filmmakers’ best friend by a NYPD officer in 2004, and was the only nominee of the five finalists in the “teen programming” category directed by youth filmmakers. This NY Emmy Award is a groundbreaking achievement and DCTV is grateful for this recognition of the dedication and triumph of the young artists behind the film.

After eleven of the filmmakers’ friends were killed by gunfire, they began recording incidents of gun violence in their Brooklyn neighborhoods. One night, Terrence was standing behind his best friend Timothy Stansbury, unarmed and bound for a birthday party, when Timothy was fatally shot by a housing policeman on the roof of Brooklyn’s Louis Armstrong housing project in January 2004. Fisher, 19 at the time, dealt with his loss by picking up a video camera and documenting the tense hours and days after the controversial incident. In collaboration with fellow filmmaker, Daniel Howard, then 18, he directed the multi-award-winning documentary Bullets in the Hood: a Bed-Stuy Story. Bullets is executive-produced by Mami Kuwano and DCTV Co-Founder and award-winning documentarian Jon Alpert. Youth filmmakers Jasmine Chauca (editor) and Michelle Watson (cinematographer) also played key roles in the production.

The filmmakers ecstatically accepted the awards last Sunday, May 29th, at the gala award ceremony in Midtown Manhattan. DCTV is proud to have the incredible work of its PRO-TV students still recognized for its artistic achievement and powerful message. Bullets has toured festivals around the world and won the Special Jury Prize at Sundance; the triumph at the New York Emmy Award ceremony Sunday only further affirms the importance and relevance of the film.

Bullets in the Hood: a Bed-Stuy Story is an example of DCTV’s filmmaking philosophy – social awareness in a personal story-telling style. Jon Alpert says, “This film is the most recent example of DCTV’s three decades of public service. DCTV is proud to lead the next generation of independent filmmakers.”

Bullets in the Hood is a product of DCTV’s youth media program, PRO-TV, which gives inner city youth the opportunity to create original videos, empowering them to explore socially significant issues that affect their families, schools, and communities through media, which is then exhibited in film festivals, community screenings, and on the internet. PRO-TV served over five hundred young filmmakers last year.

Bullets in the Hood: a Bed-Stuy Story inspired a regional anti-gun-violence tour in 2006 aboard DCTV’s Cybercar, a 40-foot-long bus converted into a mobile TV production and exhibition studio. Now, DCTV is preparing to take the tour to a national scale, bringing Bullets to cities across the country in the next year in a focused media campaign to showcase compelling stories of how gun violence destroys lives and to illuminate effective local solutions to this new urban arms race.

“Bullets shows the power of television at its best,” said Alpert, “young people picking up cameras instead of guns – and using their videos to improve our world. I’m very proud of what these young New Yorkers have created.” 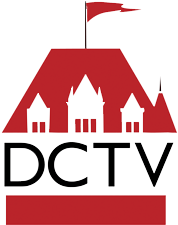