Jamaica, NY -- (ReleaseWire) -- 02/15/2016 --Endeavoring to effectively represent the app. 100,000 voters in the 32nd District, Rodney Reid announces his candidacy to run for State Assembly. A democrat empowered with an assertive gait and "Change for a Change" as a campaign slogan, Reid is determined to help the people be heard. An "every man & woman" on a mission, the political hopeful will start by improving schools, health care, housing, senior and social service programs and police relations with the community. Hoping to bring an economic resurgence back to South Jamaica Queens and its surrounding areas, Reid will be the strong voice that brings change home.

He said of his bid for the 32nd District, "After residing in South Jamaica, Queens for over 35 years, it has become all too clear that as it relates to the assembly member of our district, we have become deferential to our detriment. While I am sure our current Assembly person is a good and well- intentioned human being, these characteristics cannot be confirmed through their record of representation of being advocates for the concerns and needs of the community and its constituents. This, among other reasons clearly outlined on my website, is why I have first consulted my wife, pastor, several community leaders and now share with you that I am seeking election to the New York State Assembly, 32nd Assembly District."

The married father of four says the State legislature in Albany is too important to leave to career politicians. After 25 years of failed representation Reid will tackle everything from subpar grocery markets to the loss of the area's only hospital and emergency room. He sets his sights on bringing an urgent care facility to the area so in dire need of its services. Reid will also attack the consistent decline in the schools in the 32nd District's academic growth. The creation of jobs coupled with securing details and funding from federal, state and local officials surrounding a promised affordable housing resurgence is also slated.

He will start with a Community to Community Introduction and Listening Tour with voters, clergy and business owners in March. All dates and locations will be posted on his website, social media and flyer distribution.

Reid adds, "It's no wonder why morale is low in our area. Police and community trust is at an all time low. Young adults and youth are roaming our streets while social services and grass-root organizations are not receiving the resources required to operate effectively. No service programs should have to beg for funding year after year. We must have a change. Come and meet with me in March. Let's be that change together."

About Rodney Reid
Rodney Reid has over 15 years experience as a multi-family property manager overseeing up to 75 employees and annual budgets in excess of $50 million. Some of these housing developments were under the supervision of New York State Housing & Community Renewal, New York City Housing Preservation & Development and privately owned corporations. Reid also worked for 15 years in congregate care with foster care agencies as a Director of foster homes and independent living facilities. 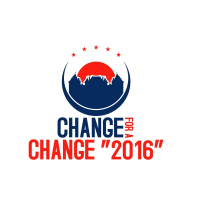 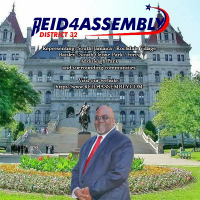 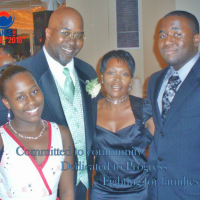 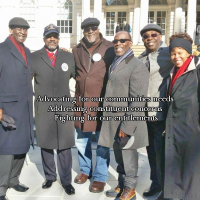