Live on Kickstarter, Barry Spencer has created a line of 100 unique grid pattern sketchbooks that will bring out the creativity in users.

The sketchbooks are every creator's dream. With 100 different grid designs adorning the covers and interior pages, the designs are incredible varied with designs that inspire the user to unlock their true potential. The project came about as the result of a creative challenge designer Barry Spencer took on.

"In 2015 I made the snap decision to take part in a 100 day project initiated by Elle Luna and The Great Discontent," says Barry Spencer, the creator of the campaign, about the inspiration for beginning the project, "The idea was that for 100 consecutive days you would do something, anything as a way to reinforce creativity and learning. What I chose to do was create unique grid patterns every day."

While the traditional grid pattern is well known, the different patterns in Barry Spencer's sketchbooks challenges users to create, design, play, color and doodle with them. With over 100 different designs, users are sure to fall in love with a pattern of their own. Each booklet is printed in A5 size (148x210mm) and individually contain 36 pages (including covers) of each unique grid for users to play with and explore.

"With each grid I was very cautious not to repeat myself and push what could be created on a simple square grid pattern," adds Spencer, "The result is a large variety of beautiful grid patterns that look to to you to unlock their potential. Which grid or grids would you choose? What would you create?"

About Barry Spencer
On his website Barry labels himself as a Legibilitator, Speculator, Designer, Type Designer and Doctor. However, while the word Legibilitator is obviously a made up title and he is having a bit of fun, the others bring attention to what he actually labels himself, a Speculative Type Designer. What this means, and what he tells people, is that he "often makes letters that may, or may not, look like letters".

Barry currently lectures at the Academy of Design as well as Swinburne University and practices as a freelance designer.

Throughout his career Barry has constantly researched, explored and played with the shapes of the Latin letterforms and even transformed this research and exploration into a PhD thesis titled "Speculatype" completed in 2014. He believes that by undertaking his experimental and speculative approach towards letterforms, it has allowed him to reach a point where he has now fundamentally altered the way that he creates, perceives and understands the shapes of the Latin alphabet. 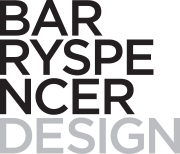 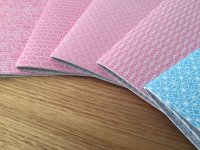 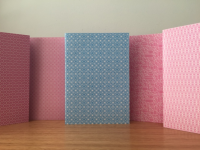 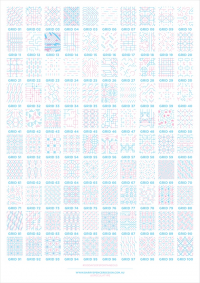