Entrepreneur Thinks Outside the Litter Box

Orlando, FL -- (ReleaseWire) -- 01/25/2017 --Fulltime RV living has been a fundamental goal of Traci Thompson's for many years, but one issue gave her pause about this lifestyle change…the "dreaded cat litter box." The thought of trying to accommodate this critical item in a confined space, not to mention enduring the messes and bad odor, was a bit unsettling.

Traci did extensive research specific to the issue, including a failed two-year attempt to toilet train her two Cornish Rex cats, Roo and Spike, as well as trying various top rated litter boxes, only to come away dissatisfied. During her research, she also discovered that over 2,000,000 tons of cat litter (approximately 100,000 truckloads), ends up in U.S. landfills each year.

Knowing what Traci wanted out of a cat waste disposal system, she created her own DIY toilet "litter bowl" by gluing a bowl to the bottom of one of the cat toilet training platforms she had purchased previously, cutting a small opening in the back of the bowl, and using flushable cat litter. Traci was thrilled to discover that her DIY toilet litter bowl worked apart from a few kinks. Her idea was on the road to reality, and she knew that it could help other cat owners who reside in small living spaces, such as apartments, tiny homes and recreational vehicles.

Traci researched and measured toilets, created rudimentary drawings, wrote descriptions, applied for a patent and trademark, developed a website and created social media accounts for her invention Kitty LitterBowl. What she is unable to accomplish, due to a disability, is establish and run a business. Her goal is to license the rights to the patent pending Kitty LitterBowl to other businesses for a royalty.

Needing to fabricate a working prototype to advance the idea, Traci created a Kickstarter project to raise the needed funds. For additional information about the patent pending Kitty LitterBowl visit www.kickstarter.com/projects/rvgems/kitty-litterbowl-think-outside-the-cat-litter-box for details or to pledge funds so she can see her "pet" project realized. 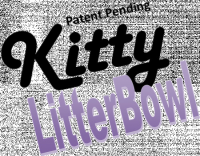 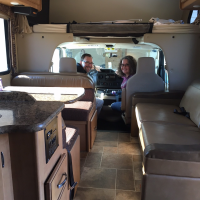 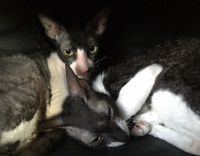 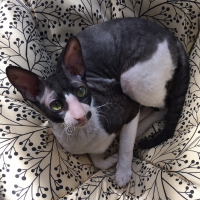 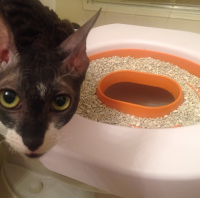 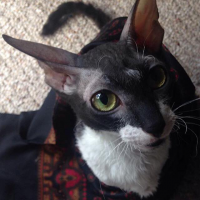