Los Angeles, CA -- (ReleaseWire) -- 02/12/2021 --Diana "Dilee" Maher, a cross-media artist turned fashion designer, today excitedly announced after years of working to get the song out of probate, her latest single, "Captivated," is available on every streaming platform now, including YouTube.

As a brand-new production of a high energy, polyrhythmic, and melodious arrangement of "CAPTIVATED" the production by DJ Fredy Muks, international multi-genre music producer, songwriter, voting and screening board member of (NARAS) Grammys, "Captivated" is the perfect embodiment of ephemeral pop music during an otherwise tumultuous time around the world.

Originally writing "Captivated" in 2007, Dilee worked with Ike Turner and his son, Ike Turner, Jr., to record the song not long before he passed with a beat from Stevie K. The production loop was sold right after Dilee wrote the single. "Captivated" has been stuck in probate for many years, but finally available for listeners everywhere to enjoy.

"Although the song was written nearly 14-years ago now, the lyrics hold truer than ever," said Dilee. "I wrote the song for my Godfather, who is now in heaven. The lyrics explore every facet of love, which many would agree is God: the eternal source. This kind of universal message is one I am so excited to share with listeners everywhere this month."

Dilee is a woman of many creative endeavors, now working as a fashion designer in addition to her musical pursuits. Her music career kicked off in San Diego and Los Angeles, quickly garnering attention for her talent, unmistakable lyrical ability and unique lineage (50% broadly S. European, 50% S.E. Asian, including Native American ancestry).

In an effort to bring cultures together in an atmosphere of positivity and spirituality, Dilee dedicates all of her music to the Divine.

"Devotion to our Creator, to me, means embracing and giving the magic of kindness to every living thing as a particle of the all," said Dilee. "I believe each one of us is interconnected."

Dilee has been a recognized name in the music world for a few years now, following the release of her first commercial music album: "With Love." Thanks to a Kickstarter campaign and crowdfunding supporters, Dilee was able to release the album on August 22, 2017. One of the singles off the album, titled "Afterglow [featuring Armand Hutton]," ranked on the media base charts due to national radio play.

Additionally, music from "With Love" went on to garner a 60th Grammy ballot spot. Furthermore, Dilee's resume, which includes a Spoken Word album and several singles, has earned her voting member status in NARAS (Grammys).

"Being part of the voting process is something I take very seriously. I understand that it's my responsibility to use my influence for goodness, equality, love, and the belief that as human beings, we should strive to impact each other in a positive way," concluded Dilee.

To listen to "Captivated," visit: https://distrokid.com/hyperfollow/dianadileemaheranddjfredymuks/captivated.

For more information on Dilee and 'With Love,' or for Songwriting & Performances, visit https://www.reverbnation.com/dilee. 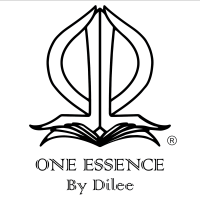 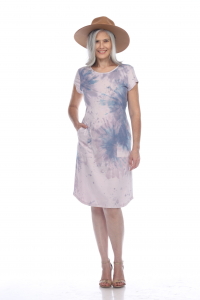 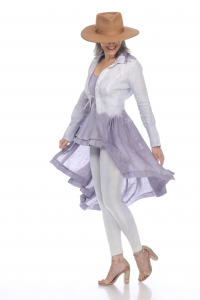