Directed Energy Invites the Public to Participate in Its Voices of Humanity Kickstarter Campaign: Money Raised Will Beam and Launch Your Data Into Space

Santa Barbara, CA -- (ReleaseWire) -- 07/21/2016 --For the first time ever, everyone on Earth will have the opportunity to directly participate in space exploration by sending their personal messages and data into space via microchip and via laser. The project entitled "Voices of Humanity" is the creation of the Santa Barbara-based team lead by UC Santa Barbara Physics Professor Philip Lubin, Ph.D. and Travis Brashears, an engineering physics major at UC Berkeley.

They are inviting everyone to join them in a journey that will take their personal data to space.

The purpose of the campaign is to collect the dreams, visions, pictures, movies, digital DNA, and literal voices of all of humanity, place them on a Humanity Chip, download them onto their wafer scale spacecraft, and then launch them in a series of increasingly sophisticated missions into space. In addition the campaign offers a "Beam Me Up" mode to allow the data to be sent via laser to the target the individual chooses.

When the campaign reaches the first goal of $30,000 this will enable placing the collected data on the small spacecraft the team is building. This spacecraft will be launched in 2017. Subsequent launches will send data to increasingly distant targets, ultimately to the nearest stars as outlined in their scientific program related to directed energy propulsion. The $100,000 stretch-goal will be used to build a telescope and to design and a laser encoder, which beams up the data for the "Beam Me Up" mode.

Their Kickstarter campaign starts this journey by gathering their backer's data and launching it into orbit around Earth for the first milestone of their vision. "In this way your voice will literally live forever," stated Lubin. Costs for launching a participants data range from $1 for a "Tweet", $10 for a photo, $79 for DNA, and up to $1,000 for your own personal mission.

The team developed the idea as a way of "taking humanity" on their long term development program for a NASA supported directed energy mission study to eventually enable interstellar flight. Over two million views of their NASA and Time video occurred earlier this year with the announcement of study results from their DEEP-IN project, a laser propelled, interstellar mission, a University of California Santa Barbara and NASA Innovative Advanced Concepts (NIAC) funded project that recently received Phase II funding.

"Our long-term goal is to enable the first interstellar missions and to eventually place the Voices of Humanity chips on those missions as emissaries of the Earth. It is a modern-day "ark" or 'time capsule'," stated Brasiers. "Space access has changed dramatically with the entrance of the private sector. With companies such as SpaceX paving the way to lower cost space access and with plans for going to Mars, we are quickly entering a new era. It is time to begin thinking of going far beyond our solar system but doing so requires a radically new approach. We have done just that with our directed energy propulsion work at UC Santa Barbara with the goal of enabling the first interstellar missions using small wafer scale spacecraft to be sent to the stars. "

To learn more or to send your data into space visit their Kickstarter campaign at: http://kck.st/29SHuUb, or visit http://www.directed.energy and http://www.humanitychip.org

About Directed Energy
Directed Energy LLC focuses on transformational applications of directed energy for applications ranging from photonic power transmission to relativistic propulsion. We come from a major university environment with more than 4 decades of experience in technology and its applications from terrestrial to space missions. Our vision is to use new technological advances to better humanity through the synthesis of ideas and our core values. Our goal is to make possible that which is currently only a dream for many but whose reality can be realized. 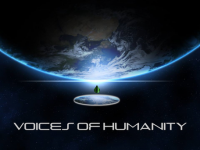