On February 27, 2019, the world watched as Michael Cohen—former lawyer and fixer for President Donald J. Trump—took the stand in front of the House Oversight Committee and delivered one of the most sensational days of Congressional testimony in history. Not since President Nixon's White House counsel John Dean turned on him during the Watergate scandal has a close Presidential associate testified on Capitol Hill, attacked the character of the Chief of State, and accused him of criminal acts.

And never before has such testimony against a President come from a convicted felon.

"Putting this book together faster than even the government itself was able to offer it all in print took an incredible team effort at Diversion. And it was about giving readers a tangible piece history," says Diversion Books editor-in-chief Keith Wallman. "The work of the team here cut through the optics and all the biased commentary to offer the raw material, which is going to prove an invaluable resource as the fate of the Presidency may be decided based largely on last week's hearing."

Here in one volume is living history—the hard-hitting prepared statements, the damning evidence, the salacious charges, the belligerent questioning, and the stunning revelations.

"The searing portrait that Michael D. Cohen delivered—of a lying, cheating, racist president who used money and threats to conceal immoral and illegal behavior—will test both parties as they hurtle toward a confrontation over the fate of the presidency." —New York Times

About Diversion Books
Diversion Books is a leading independent publisher based in New York City. Launched in 2010, Diversion combines decades of traditional experience with new, innovative publishing strategies. Diversion believes in establishing creative and collaborative partnerships with authors and is committed to the discovery of new voices as well as the rejuvenation of yesterday's bestsellers. Diversion is an editorially driven team and is involved from inception through every phase of book development. Publicity and marketing strategies are tailored to each individual title, taking into account author platform, target audience, and current events. Diversion aspires to publish fifty new titles per year in both fiction and non-fiction, and sales to the trade are handled by Two Rivers Distribution. 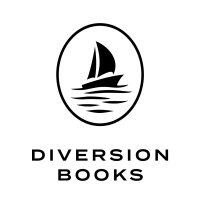