Florida tech startup iTHINGS4 is soon to bring in its new advanced LED Controller DLIGHT4 to Kickstarter. The product is backed by several unique features not available regular LED controllers around.

Boca Raton, FL -- (ReleaseWire) -- 07/19/2017 --Promising Florida tech startup iTHINGS4 has recently announced to launch a Kickstarter crowdfunding campaign for its new innovative LED Controller DLIGHT4. Engineered with unique features, the advanced controller enables one to adjust sequence, brightness and color of lights in just any room with IFTTT, Wi-Fi or voice-activated technology such as Google Voice and Amazon Alexa. It's the first ever LED controller to extend reliable connectivity and integration with user's existing network.

The state of the art controller enables users to choose from a vast and versatile gallery of 16 million+ light colors and there over 9000 real time luminosity effects. It is designed to integrate smoothly with all major home automation systems like Crestron, Lutron, RTI etc. The product is also connectable to various LED strip standards such as APA102, SK6812, WS2801, WS2811, WS2812 and so on.

"We are excited to introduce our game-changing LED controller DLIGHT4 to Kickstarter this month. Designed to delight, our fully connected and customizable controller is powered with tons of exclusive features to ensure a new dimension to the world of LED control. There is no dearth of LED controllers in the market but most of them are mere toys. Our innovation makes things better and exceeds expectations. It's the first of its kind to allow users to connect LED strips to their Wi-Fi network in just seconds. DLIGHT4 comes with an intuitive control and is a breeze to use. You can use smartphones, IFTTT, tablets or even your voice command to change the pattern and color light instantly. Whether you want a cool & refreshing ambiance after a long tiring day or something warm and cozy for a comforting mood- our LED controller will bring to you whatever you wish in a flip. But such a revolutionary project demands massive financial backup for mass production. Hence, this crowdfunding campaign. Your generous support would be much appreciated", smiled Fraga, the CEO from iTHINGS4.

While asked about the inspiration behind the innovation, Fraga stressed on the lack of reliable and functional LED controller in the market. The existing ones are usually frustrating with poor customization and weak integration issues and DLIGHT4 is being launched to solve all such problems.

Speaking further, he presented a robust list of "unique" features that distinguish DLIGHT4 from all other regular LED controllers in the market.

Solid connectivity- DLIGHT4 is equipped to work with all most used protocols for home automation communication, WiFi and Serial.

Open API- While regular LED controllers hardly allow easy connection with existing systems, DLIGHT4 brings in a positive change with its OPEN API. It allows anybody to develop integration, WebApps, APPs and Sensors.

Open for all Digital LED- DLIGHT4 is the first of its kind to work with various LED strip protocols or standards.

Power Modes- For the first time users are getting a LED controller with Power Modes where one can define how the system will function after a power outage.

"Our product comes with a five pin connector where you can connect two buttons with several behaviors (each) and sensors to recall scenes. It's also the first in the market with parallel output that will allow one to connect 2 LED strips simultaneously and enjoy the same behavior."

Despite its cutting edge engineering, DLIGHT4 is extremely easy to use with its simple push button technology. Users can connect their LED strip to the new controller which they can further connect to power supply. In just seconds, the system will start working as a Wi-Fi router, enabling a convenient remote control on the LED lights. After installation, users can power, recall scenes, change color temperature, alter color palettes with only a SINGLE cheap Push Button that we find in any home depot stores.

Fraga also mentioned about the cool Music Reactive mode of their LED Controller. DLIGHT4 is uniquely designed to automatically respond to the audio environment in the room and will create myriad fun effects and animations in real-time based on the sound of the room. It is backed by a Smooth Dimmer Control for the fading effect during animations.

"Our backers would be getting a true innovative lighting technology that assures the most convenient and meaningful adjustment of LED lighting. Let's join hands to bring the innovation to life." 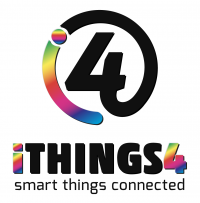 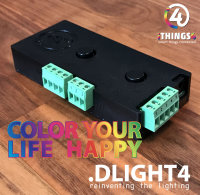 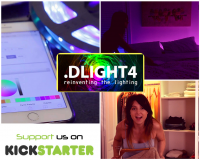 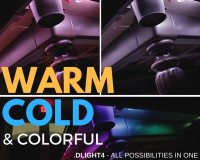