Documentary to Explore the Craft of Making Single Malt Whisky

Los Angeles, CA -- (ReleaseWire) -- 07/24/2018 --A new feature documentary, The Water of Life will take an in-depth look at the creativity and craftsmanship that drives Scotland's master distillers in their ongoing quest to make the world's best whisky.

Conceived by director Greg Swartz during a whisky walking tour in the Scottish Highlands, the film will focus on a handful of distillers -- some young and upcoming, others legends who have built Scotch whisky into the worldwide colossus it is — and how all of them develop techniques to create unique versions of the highly sought-after spirit.

In recent years, films and TV shows such as Jiro Dreams of Sushi and Chef's Table have taken viewers inside the minds and the kitchens of the world's best chefs. Going beyond simple cooking shows, these stories focus on the lives and influences of great culinary artists. The Water of Life will take a similar approach, but with a subject matter that is a bit more accessible to the typical viewer.

"The film is not a travelogue or a how-to show," says Swartz. "We're not really focusing on the global marketplace or the new sales records. We want to talk about the creative process involved in making a unique drink that, incredibly, has only three ingredients, but can be influenced by hundreds of other factors."

The movie's primary subject will be master distiller Jim McEwan, an icon to devoted fans the world over. His highly sought after whiskies are rivaled only by his funny, passionate, and spirited torytelling.

Already partially financed, the film began shooting in May in Scotland. Executive Producer, Brittany Curran (The Magicians, Men of a Certain Age, Dear White People) and team are now in the middle of an Indiegogo crowdfunding campaign to complete financing of the $250,000 project.

"We have a unique opportunity to catch the wave of whisky's rising popularity. This is the right story at the right time," said Curran. "And we can't think of a better way to make this film than through crowdfunding. We're not making it for our audience, we're making it with our audience."

The film will also feature stories about and interviews with the likes of legendary independent bottlers Gordon & MacPhail, who consistently set records with the quality and age of their whiskies; the new Glasgow Distillery, which is winning awards right out of the gate; Carin Luna, the American woman who crowdfunded her way to creating her own award winning whisky, Sia; and others.

Principal photography is set to begin in Scotland and Spain this October. 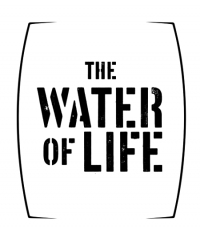 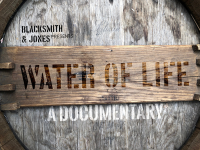