The Sunshine Protection Act Is Not the Solution

Santa Fe, NM -- (ReleaseWire) -- 03/23/2021 --Americans have been changing the time twice a year every year for a hundred and three years. This is far more damaging than most people realize. It messes with people's biological clocks, disorients them and throws them off balance. And it separates them from true planetary time and, to a certain degree, disrupts their connection with the world and their grounding in reality. So, in very subtle but profound ways, it makes it easier for large segments of the population to disconnect from truth and reality and embrace false, alternate realities as their fiercely held 'truth'.

There has always been a problem with Standard Time, hence the need for Daylight Savings Time during World War I to aid in the war effort. It made sense then because Standard Time had always been off. And it has made sense to retain it all this time. But it's a very superficial sense and doesn't take into account the more subtle but important needs of our biological species to be in tune with the physical world, the solar system and cosmic order, itself.

The solution is not to abolish Daylight Savings Time and go back to only Standard Time or to make Daylight Savings permanent as the self-serving Southern Senators Rubio and Scott propose with their just reintroduced Sunshine Protection Act. This would disproportionately make life worse for those in the northern states during the cold, dark winter months and keep the population in an unnecessarily skewed, off-balance time frame.

The optimum solution would be to split the difference, go to the half hour and make that the only time. So in the spring, clocks would go forward half an hour or in the fall, back a half hour. And then the time would never be changed again. So Eastern Time would always be four-and-a-half hours behind Universal Time, etc.

This would bring the US and its population closer to true planetary time and obviate the need for having two times and two time changes a year. It would better align everyone to physical reality. It would set things right in a far more profound way than most people realize and make it harder for them to go off into the Lalaland of false, alternate realities. There would be a national, biological sigh of relief and people would breathe easier and feel slightly better for it. There is no reason not to be on the half hour. India and several other countries and areas are and, over time, more likely will be. It is time for this better change.

And then, perhaps someday, the world will come together and recalibrate the global standard to be in the most perfect alignment it can be in accord with planetary revolution, diurnal and annual cycles and the distribution of continents and population densities instead of arbitrarily having Greenwich, by the Western edge of the Eurasian land mass, the epicenter of the world's chronology.

In New Mexico there are/were two genius innovators that few people know of who have come up with game changing breakthroughs.

David C Johnson 's Biologically Enhanced Agricultural Management (BEAM) can make just about any soil into the richest, most alive, most fecund soil imaginable for the most nourishing, delicious, high-yield produce and maximum carbon-dioxide sequestration which, if subsidized and more widely utilized, would help food production and climate immeasurably.

David Weininger passed on in November of 2016. He discovered a molecule that enhances intelligence and facilitates the transfer of data from short to long term memory. The powers that were and are blocked its testing and suppressed the knowledge of it. For both these magnificent advancements see mark-landau.com/sgstd.htm and scroll down.

About Mark Landau, MA
Mark Landau, MA, has been working on himself, others and the world for over fifty years. He has written seven books on meditation, healing, evolution, politics, sex, fantasy and saving our world. 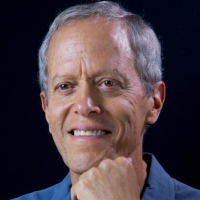 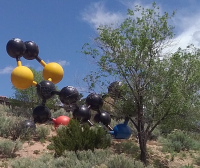