Tulsa, OK -- (ReleaseWire) -- 03/27/2019 --The number of bone breaks associated with the activity has more than doubled over the past ten years. According to a report published in the Journal of American Medicine (JAMA) on March 6, 2019; researchers sought to uncover some of the most common reasons for an increase of bone breaks and other orthopedic injuries among older adults. These types of injuries are often listed as one of the leading causes of emergency room visits among adults aged 65 and over.

In surveying records from hospital emergency rooms throughout the United States; researchers were surprised to find that dog walking was one of the activities that was most often to blame. Among the most serious injuries sustained by the pulling and unexpected twists or turns. The falls that can occur while walking a leashed dog include foot, hip, ankle, and upper arm fractures. Along with pulled or torn muscles and ligaments.

Orthopedic injuries require immediate medical attention at any age. However, they can be particularly problematic among older adults. Senior authors of the study made a statement during their interview on March 12, 2019 by Public Radio Tulsa. They stated that broken bones in general take longer to heal when they happen to people who are 65 and older. When the injury impacts the feet or hips; it can contribute to long-term disabilities and an overall decline in health.

According to Dr. Kris Parchuri of Spine & Orthopedic Specialists Tulsa; "Not getting proper medical care and refusing to use a cane or a walker to aid in mobility in the aftermath of these injuries increases the risks of doing permanent damage." He claims that it is important to be aware that even if you are dealing with a pulled muscle and not an actual break; the affected area is likely to still be vulnerable for months after.

This is not to say that older adults should give up dog walking or abandon other types of physical activity.

"The benefits of remaining active as you age far outweigh the risks," says Dr. Parchuri. "However, it is important for older patients to take some precautions." He recommends wearing the proper shoes. Along with walking on only cleared trails and sidewalks. As well as investing in dog obedience courses to eliminate unwanted behaviors; such as pulling. He also adds that patients of all ages should be sure to clear it with their doctor first before resuming any activities in the aftermath of an orthopedic injury. 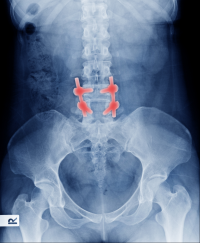