DogecoinUK.com Announce Their Introductory Dogecoin Give Away for Clients Who Buy Dogecoin

Huddersfield, West Yorkshire -- (ReleaseWire) -- 02/24/2014 --DogecoinUK.com, a leading provider of the cryptocurrency DogeCoin, recently announced a give away geared towards customers who Buy Dogecoin directly from their website. The give away was created in celebration of a phenomenal week of sales.

The give away enables customers who purchase any amount of DogeCoin from 1K to 350K to automatically be entered into a raffle with a grand prize of 50,000 DogeCoins. Two additional runner up prizes have also been made available for 25K and 10K DogeCoins.

They state "the likelihood of winning is weighted on the amount of DogeCoins purchased, the more DogeCoin you buy the more tickets are entered into the raffle. Winners will be announced on March 1st, 2014 at 19:00 GMT"

DogeCoin, which was introduced as a trade able internet currency on December 8th 2013, has in a few short months become the most highly traded cryptocurrency on the internet, surpassing both bitcoin and litecoin in total number of transactions per day. This is thanks in part to it being used as an Internet tipping system, where members of social media give tips in the form of Dogecoins to other users for providing interesting content. However, it has also been used to generate money for various charities such as the Jamaican bob-sled team.

About DogecoinUK
DogecoinUK are traders of the incredibly Viral Cryptocurrency; Dogecoin. Offering some of the cheapest and most competitive prices in the industry, DogecoinUK aim to become one of the largest Dogecoin traders on the internet. For further information about Dogecoin UK or to Buy DogeCoin e-currency you can visit them directly at DogecoinUK.com and contact via email. 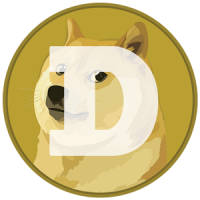