Richmond Dance Festival (RDF) exists as a series of spring weekend performances that showcase a variety of artistic works to the community of Richmond, Virginia. This annual festival is one of the many initiatives of Dogtown Dance Theatre to support artists who are established or rising, and seeking to present their work to an audience. RDF is a promotion of dance that brings together choreographic work through live performance, film, and master classes. The festival is an opportunity for artists to avoid the obstacles of performance such as production and marketing costs, and still offers them the same privileges of performing in front of a diverse audience, made up of members throughout the entire Richmond community.

Dogtown Dance Theatre has consistently been attributed to the revitalization and raised-awareness of the dance community within the city limits of Richmond, Virginia. This publicity has been well deserved as Dogtown facilitates free and low-cost professional-level classes and two main stage productions each season. Continuing this trend of excellence, Dogtown is looking to broaden its influence outside of Richmond and across the entire eastern seaboard.

Richmond Dance Festival held its inaugural event in the spring of 2014, which consisted of only Rob Petres' Ground Zero Dance and his circle of friends' other modern dance styles. The 2015 Richmond Dance Festival opened invited other modern dance companies from Richmond, widening Dogtown's circle of local dance participation. With money raised through crowdfunding and the 2015 E. Rhodes and Leona B. Carpenter Foundation grant, Dogtown Dance Theatre achieved an increased amount of supporting patrons as well as more artists from Richmond and beyond interested in showcasing their work.

The 2016 Richmond Dance Festival consisted of artistic works from 16 national choreographers with six dance film artists. Choreographers were chosen to perform through an application process to maximize diversity and creativity. At the conclusion of this festival, choreographers are awarded a stipend for their work in the festival, an amount uncommon for choreographers to earn in a single dance showcase within the United States. As a result, this unique feature has already increased the amount of interest in participation for future choreographers in RDF. For the 2017 Richmond Dance Festival, Dogtown Dance Theatre plans to maintain the current structure of live performances, film, and master classes.

Dogtown Dance Theatre is seeking dance submissions of completed works to be presented during one of the weekend dates of the festival. Submissions for the festival will be accepted beginning October 3, 2016 through January 31, 2017 via our online application form at www.dogtowndancetheatre.com. Artists may submit more than one piece of work and are allowed to share a submission. Artists will be expected to work as a collaborative team to promote the festival. All types of dance are encouraged to participate.

Richmond Dance Festival 2016 Submission Details:
When: October 1, 2015 - January 29, 2016
What: Completed dance works
Who: Artists that are interested in having their work professionally presented
Where: Dogtown Dance Theatre, Richmond, Virginia
Additional: Stipends will be awarded to participating artists and organizations

About Dogtown Dance Theatre
Dogtown Dance Theatre provides a name for independent artists to create and present their work in movement, visual, and music arts. We seek to enlighten our local community by fostering expansive creative expression and education across diverse populations. 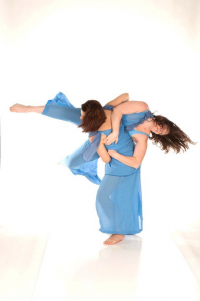