West Bloomfield, MI -- (ReleaseWire) -- 12/15/2017 --As the holidays approach, the best gift we can give our families is good health. One important step in providing that gift is making sure our family members are up to date on immunizations. It's the surest way we can share the confidence that they are protected from diseases that could easily have been prevented by a vaccine.

As a mother who lost one of my children to a vaccine-preventable disease, I wake up every morning determined to protect other families from living that same nightmare.

My middle daughter Emily was a sophomore studying psychology and theatre at Kalamazoo College in Michigan. She had just started her second semester when she called me one evening complaining about a minor headache. I suggested that she take Motrin and asked her to let me know how she felt in the morning. That next morning, I received a phone call from a hospital informing me that Emily had been admitted during the night and, in a few impossibly short hours, had slipped into a coma. She had contracted meningococcal disease and was being rushed into surgery.

Meningococcal disease is one of the most common types of bacterial meningitis. It is a life-threatening bacterial infection that can affect the lining of the brain and spinal cord, or it can cause an infection in the bloodstream – or both. It is caused by five types of meningococcal bacteria: A, B, C, W, and Y. It can attack without warning, and early symptoms can often be mistaken for the flu – high fever, nausea, vomiting, headache, exhaustion, and a purplish rash. It is easy to spread from person to person through shared saliva or respiratory droplets, and even from being in close quarters.

Meningococcal disease is more common than you think. It affects all ages, and can occur anywhere. Though there is an increased incidence rate among babies, the occurrence rate spikes again between the ages of 11 and 23 when common social behavior puts adolescents and young adults more at risk.

Emily had received "the meningitis shot" when she was 11, and then received a booster dose before she left for college when she was 17. Needless to say, I thought my daughter was protected against this disease. It turned out that the "meningitis shot" only protected her against serogroups A, C, W, and Y. There was no vaccine available in the United States at that time to protect her against serogroup B. My daughter was just 19 when, on February 2, 2013, she lost her life to Meningitis B.

Though the Meningitis B vaccine has been licensed in the United States since 2014, it is disappointing that many parents remain unaware of its existence. It is terrifying to me that they still falsely assume their adolescent and young adult children are protected with just the one vaccine – the one that doesn't protect against Meningits B. Yet Meningitis B accounts for nearly 50 percent of all meningococcal disease cases among 17-22 year-olds. In addition, it is responsible for 100 percent of all meningococcal disease outbreaks that have taken place on college campuses in the U.S. since 2011. It is a scary and a hideous disease.

My daughter Emily's life was taken too soon, but that should not mean any other parent needs to endure what our family has. Take the time to learn more and find out what you can do to protect your family. By educating both parents and students on Meningitis B – both its symptoms and the vaccine that can help prevent it – we can save other young people from this deadly but preventable disease.

During this upcoming holiday season, let's work together to spread the message so parents will know how to protect their families. It takes two types of vaccines to be fully immunized against meningococcal disease. Don't take a chance. The Meningitis B vaccine wasn't available in time for my child – but it is in time for yours.

Alicia Stillman, of Michigan and Florida, is married, and has two living children. She is the co-founder and director of The Emily Stillman Foundation. 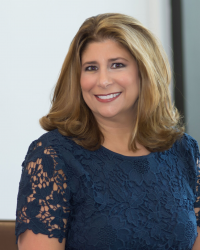