Pre-orders available now on iTunes for a discounted price.

"Doxamillion is the next level artist"

Doxamillion is thrilled to announce the release of his new LP album "LIVXN IN PARADOX" Deluxe Edition, available everywhere on August 11th 2015.

About Doxamillion
Doxamillion was born in his hometown of Cali, Colombia. His music is a skillful blend of Hip-Hop, Latin, Reggae, and Pop; In short, Doxamillion is spearheading the movement in new musical trends. His unique style and fresh sound landed him performances throughout the U.S. in cities such as Miami, L.A., New Orleans, Atlanta, Delaware and many more. Dox has worked with artist such as Pitbul, Flo rida, Cool and Dre, Dipset, Grindmode... Dox is not only a recording artist but a music producer that produced 98% of "LIVXN IN PARADOX". Dox is also is a SAG actor and has filmed many commercials on tv such as Dr Pepper commercial with Pitbul, Burn Notice on USA and many more.. 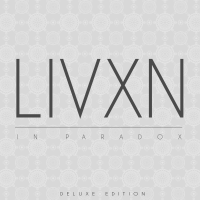