Los Angeles, CA -- (ReleaseWire) -- 05/16/2013 --Trusted LASIK Surgeons is pleased to announce that its founder and CEO, Dr. James J. Salz has recently completed a book chapter on suction loss during LASIK in a soon to be published book entitled “Complications of Refractive Surgery: Case Studies” which has been edited by Dr. Jorge Alio and

According to Dr. Salz’s, suction loss during LASIK with a mechanical keratome required stopping the procedure as the incomplete flap could not be lifted or re-cut. With all-laser or bladeless LASIK, suction loss during Femtosecond laser flap creation is uncommon but an eye surgeon must know how to manage this complication. In Dr. Salz’s experience, the most common suction break occurs early during the creation of the raster pattern and the LASIK surgeon should reapply the same suction ring and applanation cone and use the same settings while the technician lines up the flap template with the bubbles from the partial flap. The entire treatment is applied again and the flap can be completed and lifted without problems.

Dr. Salz also lectured on the topic of suction loss during LASIK in January at the annual Park City Symposium in Utah and again at the 29th Annual Current Controversies in Ophthalmology Meeting in Vail, Colorado sponsored by the Wilmer Eye Institute and the Department of Ophthalmology at Johns Hopkins University.

Dr. Salz offers LASIK and cataract eye surgery to patients in Los Angeles and regularly treats patients seeking vision correction surgical procedures throughout California as well as the United States. Like all LASIK surgeons featured in the Trusted LASIK Surgeons Directory, Dr. Salz has proven expertise that patients can trust with confidence.

Patients with significant complications from LASIK or another vision correction procedure often seek him to treat and manage their complications. Dr. Salz is also highly sought after for expert witness services and regularly provides case review and expert testimony in cases involving refractive surgery.

For an honest discussion on what LASIK costs, tips on how to save money on LASIK, and a free Cost of LASIK Checklist to help patients determine the actual cost charged by any laser vision center, please visit our Cost of LASIK Discussion.

About Trusted LASIK Surgeons
Founded Dr. James J. Salz, one of the most respective eye surgeons in the world, Trusted LASIK Surgeons based in Las Vegas, NV, is the premier LASIK, refractive and cataract surgeon online directory service. Trusted LASIK Surgeons screens each eye surgeon based on experience, patient care, and professional credentials. In general, the surgeons in our directory have participated in FDA clinical studies and have current or past academic appointments at medical schools at the top universities in the U.S. Nearly all surgeons found in our directory have published peer-reviewed research articles in eye journals and have lectured and served on panels at major ophthalmology meetings of their peers. To learn more about LASIK and other laser vision correction surgery, cataract surgery, and premium lens implants or to find a highly qualified vision correction surgeon you can trust with confidence, please visit us at Trusted LASIK Surgeons.

You can contact Trusted LASIK Surgeons at (800) 483-8028 or email us at info@trustedlasiksurgeons.com

More About Dr. James J. Salz
James J. Salz, M.D., based in Los Angeles, CA, has over 30 years of experience in refractive surgery and has been recognized with the top international honors for his exceptional contributions to the field of refractive surgery, including the Barraquer Award and a Lifetime Achievement Award by the International Society of Refractive Surgery (ISRS) of the American Academy of Ophthalmology (AAO). Dr. Salz has been a principal investigator for several FDA clinical trials involving the use of lasers to safely and effectively correct vision. As a leading spokesperson for the AAO, Dr. Salz has appeared on the Today Show, CNN, PBS, and local TV news programs and has been quoted extensively in major ophthalmology publications and other national magazines (such as Newsweek and Life). Dr. Salz treats patients seeking to improve their vision through LASIK and other laser vision correction surgery procedures, cataract surgery (included laser-assisted cataract surgery, lens implants (IOL’s) and other refractive surgery procedures. To learn more about Dr. James J. Salz, please visit his website
Dr. Salz. 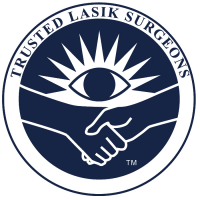 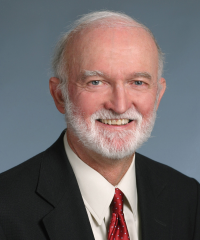