The groundbreaking competitive online game features cards that come to life as virtual 3D miniatures, and was previously exclusive to Oculus VR devices, is launching on Facebook Gameroom, a new PC gaming desktop app for gamers to play, watch and share the games they love.

"We were the first game to offer cross-platform multiplayer across Rift and Gear VR when we first launched our open beta at Oculus Connect 3 conference last year. Making sure our players were able to match on a Rift against people on a Gear or desktop is an important feature we worked closely with Oculus and Facebook Gameroom team to implement," says Eric Nofsinger, Chief Creative Officer at High Voltage Software. "Your level and stats carry over from one platform to another, so people who have been playing on Gear VR or Rift will be able to merge their accounts on Gameroom to continue their gameplay on the go."

In Dragon Front, players construct a 30-card deck from over 460 characters, fortifications, and spells, each with unique powers, traits, and creative strategies. Every deck also holds a legendary champion, whose cost diminishes as his side nears defeat, ensuring an epic comeback in the late minutes of every game.

"Dragon Front represents an important milestone for our studio," adds Ganofsky. "Not only have we created a fantastic card game that's easy to pick up and play, but we've also demonstrated the incredible versatility of the game for endless replay value."

While appealing to the established competitive online CCG and board game audiences, Dragon Front will also appeal to casual Facebook gaming fans with its ease of entry and repeat play appeal. There are thousands of variables to keep players engaged.

"We're all super-avid CCG fans so developing the game has been an amazing experience. In fact, we built the game after prototyping a physical game board and cards so we could get it exactly right," explains Nofsinger. "It's a true card game come-to-life all around the player, and with features both surprising and familiar, Dragon Front is a highly engaging nail-biter till the end."

Players can choose to play in competitive online multiplayer matches that count toward a global leaderboard standing called "High Command," or can play against the AI in the game's robust story mode. 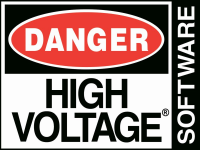