Dramatize Launches with the Aim to Digitize Indian Soap Operas

Dramatize aims to become the Netflix for Indian content. On Dramatize, besides watching their favorite TV shows online, fans can also watch the shows in multiple-foreign language subtitles, essentially breaking down all language barriers for accessing Indian TV content.

San Francisco, CA -- (ReleaseWire) -- 01/02/2015 --There's a new name to watch out for in the Indian entertainment industry and it's soaring high for connecting fans with licensed Indian and Pakistani TV shows online. Dramatize aims to become the Netflix for Indian content not only within India, but also across the Globe, where there's a huge fan-base of both Indians and foreigners alike who love Indian soap-operas & Bollywood movies.

The Indian entertainment industry, namely Bollywood, is one of the largest in the world. However, few have succeeded in digitizing the entertainment content to make it available for fans across the globe. The lack of a uniform database like IMDb, and substandard "illegal" websites streaming Indian TV episodes chopped into parts, has still managed to capture over 20 million viewers per month within India alone. Imagine what a website with licensed access to mainstream TV networks across India and Pakistan can achieve. That's where Dramatize steps in to fill the gap, and has found its way in the market at the right time. Internet usage in India appears to have drastically improved with over 240 million users as of 2014, of which 185 million users access it from their smartphones alone. These numbers are likely to double in 2015, with more than half of mobile data traffic comprising of online videos by 2017, and Dramatize aims to bite into the online viewership with high quality, subtitled episodes for an easy, breezy weekend of "desi" dramas. Some of the most popular Indian TV shows such as Yeh Hai Mohabbatein and Diya Aur Baati Hum from Star Plus, Comedy Nights with Kapil from Colors and Jodha Akbar, Qubool Hai, and KumKum Bhagya from Zee TV can be viewed on Dramatize in HD and with English subtitles.

Dramatize was founded within Harvard University, and the founders intend to establish Dramatize as the best digital platform for foreign fans and Indian residents living abroad, who crave their dose of daily drama.

What's their vision for the bright future of Dramatize? From gathering crowd-sourced subtitles and audio-dubs for licensed mainstream Indian TV shows, Dramatize aims to seamlessly establish themselves as the pioneers of their field across every region in India. And with their growing monthly viewership of over 1.5 million within four months of inception, it won't be long before Dramatize develops into the one-stop site for updated, high quality and interactive Indian content for viewers across the world. 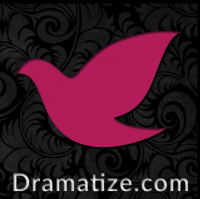