”It took that long to go from the stage to the screen, with the last seven years filming and editing”, said Producer/Director/Writer CATHY ELLIS. “It is the Dream of a lifetime.”

Based on the Biblical story, the film follows the journey of Abraham, his wife Sarah and their nephew Lot as they leave the land of Ur for the Promised land where Abraham's faith is irrevocably established for all time and he becomes known as "God's Friend". Filled with gorgeous award-winning music and told with humor and a few moments which require a tissue, this 'family-friendly' film is already getting rave reviews from audiences that have attended early screenings. ”Because of the demand by people wanting the film to come to their cities, we are fundraising to help with the distribution on Indiegogo”, said Ms. Ellis.

The film also stars RANDALL HAHN as “LOT” and some of today’s top clean comedians including MIKE WILLIAMS, DONNA EAST, JUSTIN FENNELL, JOBY SAAD and JOHN BRANYAN. “The film is full of humor, beautiful music, inspiration and encouragement, all of which is very much needed in today’s world”, said Ms. Ellis. “You will leave the theater feeling wonderful and singing the songs”.

To Help with the Film’s Distribution or to Sponsor a Screening visit:
https://www.indiegogo.com/projects/abraham-sarah-the-film-musical/x/2482998

For more information visit the film’s website at:
http://www.abrahamandsarahthefilmmusical.com

About Cathy Ellis
Cathy Ellis has been involved in many aspects of the theatrical and music industries starting as a teenager with her own rock group. While in college her first musical “ROUND AND ROUND” was produced regionally receiving rave reviews. She has also won awards for her choreography both in musical productions as well as her own dance company, “Jazz’N”Stuff, Inc.”.

As a songwriter, Ms Ellis has had hit songs such as “CHILD”, and “PUPPET ON A STRING”. She is also a successful recording artist and record producer of such award-winning CD’s as “Born in Miami”, “In My Mother’s Eyes”, “Brand New World” (with Nancy Haywood), and “In My Father’s House” (with Kyle Both CD and Music Video).

As President of ELLIS FAMILY MUSIC CO., INC./EFM Productions Ms Ellis has authored and published music textbooks including “THE COMPLETE GUIDE FOR THE GUITAR” (Series), which is the State-Adopted Textbook-Series for classroom guitar in a number of States.

Ms Ellis is a member of the DRAMATIST’S GUILD, NARAS (National Academy of Recording Arts and Sciences), and BMI (Broadcast Music, Inc.) both as a writer and as a publisher. Her education includes a Bachelor of Music with a major in Studio Jazz Music from the UNIVERSITY OF MIAMI (Florida) and a Master of Music Degree, also from the University of Miami. 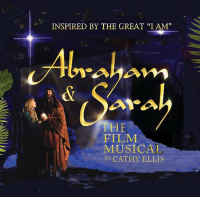