EG Daily AKA Elizabeth Daily, a celebrity whose talent spans every spectrum of entertainment for 40 years, channels the power of her voice to deliver a powerful message in her new music video “So Pretty.”

Los Angeles, CA -- (ReleaseWire) -- 10/01/2018 --There are very few celebrities who can claim to have been heard or seen by the vast majority of the population of planet earth. EG Daily is an established member in this very exclusive club. Over her 40 year career – starting when she was just eight years old and showing no signs of slowing down - she's appeared in several hit Hollywood films and popular TV shows, released successful albums and singles, did voice acting in many other TV shows and films and even lent the power of her voice to power up video games. Now the power of her voice is intent on delivering a message that's much more inspiring than it is entertaining.

E.G. Daily has starred in over 40 feature films including 'Pee Wee's Big Adventure' as Dotty. She has appeared in many TV & films, guest starring on 'Friends' as Phoebes ex song writing partner. She is known as "the voice of your childhood", Buttercup from the 'Powerpuff Girls', 'Babe', academy award winning, 'Happy Feet' as the lead character Baby Mumbles and Tommy Pickles in the long-running Emmy-award winning Nickelodeon Rugrats TV series. Nickelodeon has just recently announced a brand new reboot of Rugrats coming soon.

Returning to a musical microphone for the first in time ten years (some fans will say it's been ten years too long), Daily's production of her music video "So Pretty" delivers a superior musical performance along with a visual masterpiece in minimalism with a very powerful message wrapped inside. Quoting from the lyrics: "Why do I got to be so pretty? How about you look inside?" says it all.

Born and raised and schooled and being romantically involved with the Hollywood elite all of her life, EG matured with ever-opening eyes to see a side of the entertainment industry that only until recently "the powers that be" would rather not be seen; the superficial appreciation for how a person looks overriding any other aspects of who they actually are. EG has made it clear she is not bouncing off the #metoo movement and chose a higher path beyond the sometimes-tragic outcomes of objectifying people for what they look like and disrespectfully treating them that way or even perceiving they COULD have been treated that way. Echoes of the Judge Kavanaugh scandals and the recent Bill Cosby prison sentence come to mind in seeking not just to prevent such behavior or the possibility of such behavior. The higher road message is that everyone should be treated with respect and accepted for who they, not what they look like.

That's what EG's new music video "So Pretty" delivers. Along with the engaging music and unforgettable lyrics is the visual delivery of the message; that pretty or handsome, clothes or shoes or body parts, should be among the last things people measure instead of the first. To see inside a person and to get to know them is the most important thing, as EG so passionately proclaims. During a recent interview, EG made it clear that she advocates the acceptance of one's self in their entirety over simply accepting them for their appearance. EG has made it equally clear that if a girl feels pretty in a dress then she should wear that dress. Or if a guy has a favorite shirt that he likes and feels makes him look better then he should go right ahead and wear that shirt. The distinction is that how we FEEL about ourselves and each there is far more important than limiting those feelings purely to how we look in a mirror or to the public.

A casual glance at EG Daily's performance history would understandably make some people skeptical as to her abilities to deliver a serious message. A second look at her previous musical performances should set that straight.

As a singer/songwriter, Daily has also composed music and performed on a number of soundtracks, including Thief of Hearts, Scarface, The Breakfast Club, Summer School and Better Off Dead, and has collaborated with many well-known producers, such as Giorgio Moroder, Keith Forsey, Stock Aitken, Waterman, Jelly Bean Benitez and Harold Faltermeyer. Daily co-wrote and co-produced four solo albums, "Wild Child" and "Lace Around the Wound" on A&M Records. As well as "Tearing Down The Walls" and "Changing Faces," all available on iTunes. Several of E.G.'s songs soared to the top of Billboard's dance charts and became popular music videos, including "Say It, Say It" which was a #1 hit produced by John "Jelly Bean" Benitez, one of Madonna's chart-topping producers. EG performed on NBC's The Voice Season 5, on Team Blake, embracing the competition with her gritty, powerful and emotional vocals. She can be heard singing the iconic theme song for 'Two and a Half Men'.

EG Daily's musical video is right now in post-production and scheduled for release on October 26th. Crowdfunding is sought first and foremost to raise awareness of this video with some funds intended to finalize editing to get it ready for release while the majority of the funds will be devoted to promoting the video itself and get it the highest amounts of attention possible.

There is an array of perks to fit every budget and every level of interest from digital delivery of a special edition to a limited edition signed record album straight through to a VIP experience, lunch with EG and even a private concert. 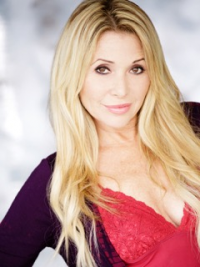 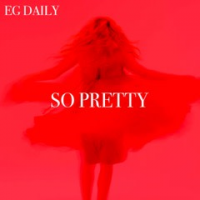