About Lucas Limas
Renowned Electronic Music artist and music producer Lucas Limas, best known for his 2010 DJ set known as “Project Zero.” Lucas, having worked with a Brazil based DJ agency since 2011, the Brazilian Electronic Music artist was signed by the EDM label, Electro Labs. Lucas Limas is looking forward to having he and his music represented by the Electro Labs family. With innovative tracks like “Kill The Radio”, Lucas Limas's cutting edge beats and masterful mixing techniques set his music apart in the industry.

Lucas Limas started creating his music at the young age of eleven years old and continues to delight and amaze his fans and listeners from around the world. His upcoming shows are yet to be announced. His fans are growing excited to see the newest directions that the young DJ has planned for his electronic music and his career.

EDM musician and Electro Labs owner, Shlomo, looks forward to representing Electro Labs newly signed artist Lucas Limas. Shlomo is excited to help him gain a greater fan base than Lucas has ever had in the past. Lucas Limas's unique sound and interesting production style are some of the best in the world. 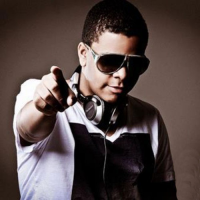