Houston, TX -- (ReleaseWire) -- 06/15/2018 --After a 10-year hiatus from triathlons, Houston native Dr. Matt McCurdy will compete in the Ironman North American Championship held in The Woodlands, Texas. McCurdy has two goals for his return to the triathlon. He wants to qualify for the Ironman World Championship and his wants to raise money to help fight human trafficking.

McCurdy is a holistic cancer doctor and radiation oncologist in Austin (mccurdymd.com). As a holistic practitioner, he encourages his patients to use physical activity as a tool to lessen side effects of cancer treatment and even to prevent recurrence. "I hope to inspire patients to incorporate physical activity into life; even a little bit helps – a walk with friends, a swim at the pool."

During the last decade, Dr. McCurdy has continued to run competitively while helping raise his young children. Now that they are older, he has recommitted to the Ironman, "Distance adds purpose to my life. It demands physical and psychological endurance and gives me a platform to raise money and awareness for causes I support."

McCurdy is indeed using the upcoming competition to focus attention on an issue critical to Texas: human trafficking. He is working through United Against Human Trafficking, a non-profit established in 2005. UAHT leads a coalition of Houston-area non-profits, faith-based organizations, government agencies/entities, and others working to end human trafficking.

As the fourth largest city in the country, Houston's air and sea ports, major freeways, rail systems, and its proximity to Mexico make it a "popular point of entry" for traffickers. According to the UAHT website, trafficking victims include young children, teenagers, men and women, U.S. citizens, and foreign immigrants who are subjected to force, fraud, or coercion for exploitation or forced labor. UAHT works to end human trafficking through awareness, education, and outreach.

To prepare for the upcoming Ironman, McCurdy trains with Third Coast Training, one of five USA Triathlon Certified Performance Centers. "Matt is an elite athlete training for the toughest of all triathlons," says Johnny Shelby, Third Coast Training coach.

Shelby knows. He trained McCurdy for the Ironman World Championship in Kona, Hawaii in 2006. At Third Coach Training, they support their athletes by taking the guess work out of training with performance testing in their training lab. "We look for fatigue markers and make sure athletes are building endurance and not being counter-productive," Shelby explained.

Dr. McCurdy understands the value of training. In 2018 alone, he has been a high-performance competitor, taking Overall Masters Champ in the Austin 3M Half Marathon in January, the Austin Marathon in February, and the Capital 10,000 10K in March. McCurdy says he chose Third Coast Training to get him ready for the Ironman because "they will get me to the start line injury-free as fast as possible. Training with Third Coast is efficient and enjoyable."

Anyone interested in supporting McCurdy's fundraising efforts should visit the UAHT website at uaht.org/donate. He asks that all donations be sent directly to the charity. Donors can choose to designate his charity drive.

More information about Third Coast Training is available at thirdcoasttraining.com. 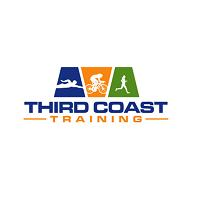 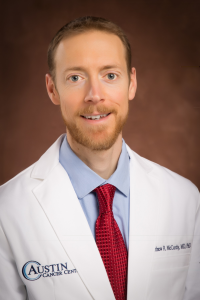 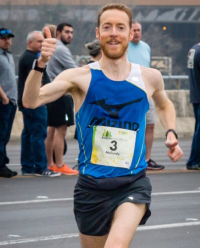 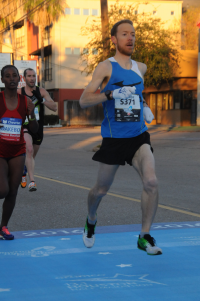