eMag+ Newsstand Purports to Be the New "Netflix for Magazine Lovers"

Toronto, ON -- (ReleaseWire) -- 03/21/2017 --A new mobile app, eMag+, aims to be the solution to having piles of magazines cluttering up readers' living rooms, saving customers both space and money. Rather than needing to subscribe to each of their favorite magazines individually, readers can have access to thousands of magazines at their fingertips.

Subscribers can access magazines on any devices, including their desktop and laptop computers, smartphones and tablets. Thus far, the app is compatible with Apple and Android devices. Users can also access the app over the web. For times when they will be without internet access, subscribers can save their favorite magazines to read offline.

In addition to helping customers save money, the app also aims to help the planet. Each year, millions of trees are chopped down to make the paper that is used to print magazines, so reading these magazines digitally will contribute to saving those trees.

Aside from the benefits that eMag+ has for subscribers, it also helps out publishers. They can share their finished magazines in PDF format with the app's subscribers for no charge. Publishers make money from their magazines through a profit-sharing model, taking a cut of the profits of the app in proportion to how many people choose to read their magazine.

Thus far, the app has over 50 magazines sharing their issues each month. To help generate marketing dollars to bring in more and more publishers, eMag+ has launched a crowdfunding campaign on Indiegogo. The campaign has a funding goal of $10,000, of which it must achieve the full amount by the end of the donation period. At the time of this release, the campaign had generated over $4,815 thus far. 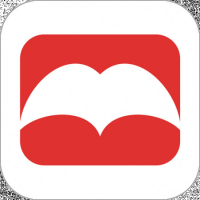