Tokyo, Japan -- (ReleaseWire) -- 07/10/2018 --Trendsetter, designer, seamster, and now founder of cutting-edge fashion brand EMMA JEAN, Alphonso J. Davis Jr., has unveiled his first ever collection of men and women's clothing. The brand – which was named after an important and inspirational person to AJ, his mother – is set to shake up the fashion industry with its avant-garde designs.

Davis's radical pieces promise to revive the fashion of the swinging sixties; bringing the cultural decade back into the limelight and reimagining it with an infusion of space-age style and urban chic. His designs are also heavily influenced by Japan; Tokyo's dramatic cityscape at night, its largest red-light district, Kabukicho, and Japanese street fashions Kireime Kei and Mode.

Every piece of Davis's collection invokes a sense of quality, luxury, and comfort and effortlessly oozes sensuality. His revolutionary designs also encourage men and women to 'fashion like they mean it'.

"EMMA JEAN was born from the idea that great design isn't simply a recognized logo; it's about a visible distinction in style and the caliber of design."

About EMMA JEAN Apparel
EMMA Jean is the creation of AJ Davis, a young black American fashion designer and seamster based in Tokyo, Japan. Galvanized by his mother – who is also an inspiring seamstress – Davis fashioned his first clothing collection in February, 2018 and is now asking for backing for his Indiegogo crowdfunding campaign to bring his state-of-the-art designs to life. The $10,000 Davis is asking for will primarily be used for manufacturing the garments, and hang tags and packaging for the fashion brand.

With the success of his campaign, Davis hopes to make his mother proud. He also hopes to be able to provide jobs and opportunities for other people of color.

"Aside from making mom proud, another important goal for me is to become successful not just for myself but also for others. I want to be able to create substantial opportunities for other people of color and diversify the landscape of the fashion world. I want to make the concept of diversity in fashion so normal that the term is basically obsolete." 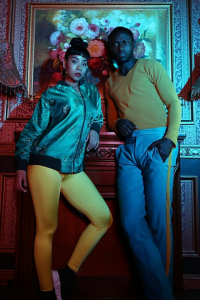 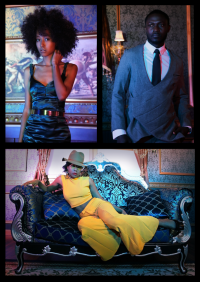 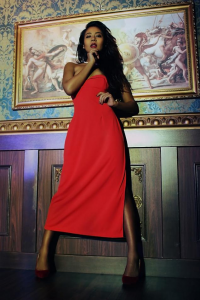