Santa Monica, CA -- (ReleaseWire) -- 03/07/2016 --Mike Gasaway, the Director for multiple animated series and movies, including the famed hit "Jimmy Neutron, Boy Genius," as well as "Planet Sheen" and "Back at the Barnyard," is back from Hollywood and pursuing a new project and a new direction. After the success of several award-winning and nominated productions, Gasaway started looking for his next creative challenge, and found it in the form of a live-action (not animated) supernatural horror film called "Help Me", and the prequel, "Help Me First."

This is a life-long dream of Gasaway's. He stated, "As far back as I can remember, I've wanted to do a scary, live-action horror film. So many people associate me with Jimmy Neutron but it's the horror genre that originally excited me to want to make movies in the first place." Gasaway has assembled an extremely talented team to partner with and support this effort, including Tim League, the CEO of Drafthouse Films, an executive producer and distributor of independent films (www.drafthousefilms.com). Drafthouse has a great reputation for identifying and supporting highly acclaimed and award winning and nominated films. Gasaway and League have been friends for many years and are excited to finally work together.

League was thrilled with Gasaway's script for the "Help Me" feature film and suggested doing a short prequel, "Help Me First," to play at this year's Fantastic Fest, which is the largest genre film festival in the US for horror and science fiction films. League is handling the Executive Producer role for the "Help Me First" short, and through Drafthouse Films, he will help get it positioned to receive a lot of attention at this film festival in September, 2016. The rest of the team has already been assembled, so meeting that deadline is a realistic goal.

A critical part of the team for a film like this is the special effect crew. For this, Gasaway turned to Steve Tolin, the owner and creative direction behind TolinFX (www.tolinfx.com). Tolin FX is an award winning special effects studio serving the film and theater industries. Tolin has worked on such notable films as "Batman: The Dark Knight Rises," and theater productions as "Sweeney Todd." Tolin will Co-Produce the "Help Me First" and "Help Me" films. He brings a wealth of experience to the project and will be able to execute Gasaway's ideas in a unique way.

Adding some horror film pedigree to the group is Lori Cardille, a George Romero veteran starring in Day of the Dead. Lori's breadth of experience in the genre is something that excites Gasaway. "Lori was so excited to play the demon for the movie and I couldn't be more thrilled. Day was my favorite of the Dead films and she was a major part of it," Gasaway said.

Lastly, rising scream-queen, Maggie Carr, will be the lead actress. She is perfect for the role, and has the talent and experience to help make the film a hit. Gasaway describes the film's concept about kids exploring an abandoned Asylum, as having lots of atmosphere, tension, creepiness and unsettling images. Images that you think you saw, but you aren't quite sure… until it is too late!

Meeting the September film fest deadline is the current goal and the project is on track, but Gasaway is in the process of securing additional financing for completing the short, as well as making the feature film. Horror films are in high demand and good films can be very profitable. This is great opportunity for people to get involved with the film industry, the horror genre and a hot market! A kickstarter campaign has been set up, including a preview video and additional information about the project. 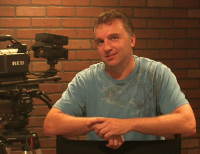 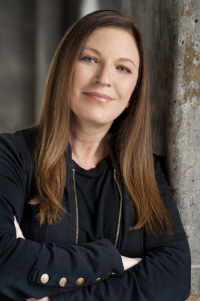