Whether you have 30 seconds or time for a full length immersive. This is what you need to know. From NFT's to Feature Length films. From novices to Legendary names, these are the content that are cutting edge and award winning now.

Every 24 hours millions of people upload video about their day to Instagram. We are used to perceiving life as a set of interchanging stories. And we all want attention to our Stories. But among us there are people with real stories, for whom our attention is vital. These are war veterans and witnesses, old people in nursing homes. They don't have virtual Stories, although they do have real stories to tell. They cannot draw attention to themselves in social networks, although it is attention that can improve and prolong their lives.

Best NFT
The New Media Film Festival® is the first event of its kind in the world to accept non-fungible tokens (NFT) in competition. NFT's announced & bought during Awards
"This year's programming incorporates some of the most innovative and technologically creative work we have ever presented," according to Founder and Director, Susan Johnston. "Especially our NFT competition, which supports artists who are truly trailblazing a new genre. This is an event we expect to see grow in years to come."

Best Animation
Boy Scientist
Los Angeles Premiere
Director – Susan Lim, Samudra Kajal Saikia – USA
A brilliant boy scientist meets the girl scientist of his dreams, poised and beautiful, surrounded by flasks and beakers. The best he can do is bottle her image in his flask, so he may serenade and waltz with her in his Quantum Physics Lab.

Best Artificial Intelligence
AI La | Artificial Intelligence La
Director – Carlo Christian Spano - China
An experienced Silicon Valley engineer who has dedicated his life to Artificial Intelligence (AI) for over a decade felt confused and concerned about his future after realizing the rapid evolution of AI. Therefore, in order to find his potential in nature, he joined an international trekking expedition through the mysterious Caucasus region. Being inspired and protected by Natural Intelligence, he started a new AI journey exploring China, the UK, and the USA

Best Documentary
Cheyenne
World Premiere
Director – Rich Underwood – USA
Facing kidney failure at the age of 20, Cheyenne's options for a donor are dwindling until an unexpected turn of events presents love and a lifesaving gift. A set of skilled caregivers operate on Cheyenne and her living donor to give her a second chance at a life that had only begun to blossom.

Best Drone
Perspective
Los Angeles Premiere
Director – Timothy Hay, Simon Mulholland – South Africa
"Perhaps it requires such depth of oppression to create such heights of character. My country is rich in the minerals and gems that lie beneath its soil, but I have always known that its greatest wealth is its people, finer and truer than the purest diamonds." – Nelson Mandela

Best Mixed Reality
The Safe Shipment of Small Cargo
Los Angeles Premiere
Director – Tizzy Canucci – UK
The viewer is introduced to a new innovation: 'a steel container called a cargo van'. The connecting link is the shipping container, through three locations with different arrangements of reality, actuality and virtuality.

Best Music Only
Roots-Sequoia
World Premiere
Artist – emaé – UK
emaé would see her family move from Scotland to England, Zambia, Zimbabwe and Botswana before settling in London. A feel-good blend of soul-pop, emaé is a fusion of all the cultures that embraced her and the places she's called home.

Best Music Video
After the Lockdown
Director – Joy Shannon – USA
Title song for After the LockDown: Black In LA

Best Pilot
Loved Ones
World Premiere
Director Sam Coyle – USA
The inside of the hard side of funeral workers.

Best Short
The Corona Mechanism
Los Angeles Premiere
Director – Al Jazeera Media Network – Qatar
This report is one of the rare scientific explainers broadcasted in Arabic on how Covid-19 works to replicate itself in our bodies. It explains the importance and danger of the virus' spike protein. The report illustrates the lock and key mechanism it uses to "fool" our cell receptors.

Best Student
A Beautiful Brain in a Beautiful World
Director – Grade 9 Student Martin Thaw – Canada
How Stem Cell-Derived Cerebral Organoids Revolutionize Treatments for Brain Diseases. The recent advancements will provide scientists with amazing insights into how the human brain develops and the possibility of discovering effective treatments for neurological diseases

Best Socially Responsible
Before I Knew
Los Angeles Premiere
Director Hans Augustave – USA
A powerful visual poem depicting both the subtle and harsh ways Black men come to the realization that they are seen as less than Human.

Best TV
Detention Adventure
Los Angeles Premiere
Director – Joe Kicak – Canada
Three nerdy friends and the school bully must get themselves thrown into detention to find the entrance to a labyrinth of trap-laden tunnels protecting the fabled hidden lab of Alexander Graham Bell.

Best Web Series Promo
The Gliwensbourg Chronicles
Wold Premiere
Director – Emilie Tommasi – France
Gliwensbourg, winter 1915, a French trench is pounded, all the soldiers are buried making only one survivor. Underground, the soldier who survived managed to get out of an air pocket and crawl into a hole leading to a mysterious tunnel that leads to … 1925!

Audience Award
Into The Polar Night – Feature
US Premiere
Director – Amy Richman – Arctic
Hop on an icebreaker and join an international team of scientists as they venture out on a year-long scientific expedition to study the Arctic climate system. 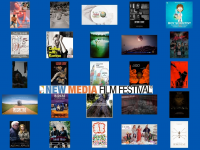