Dubai, UAE -- (ReleaseWire) -- 04/01/2019 --Using the power of narrative storytelling, displayed brilliantly on an easy, familiar mobile-app setting, the creators of History Adventures plan to completely revolutionize the way students in classrooms learn about major historical movements, weaving engagement and experience in a learning process that has become tired and outdated. Instead, History Adventures looks, feels, and behaves like a blend of cinematic cut scenes and video game-inspired narrative arcs that take the learner through multiple perspectives in the lives of "ordinary people doing extraordinary things in history."

The game's animated and experiential features are no surprise, given that the brains behind the project is an international team of animators, artists, designers, and historians. Described as "a next-gen digital book app", this innovative method to teaching is based on a game-changing learning experience for modern, digitally-connected and savvy students. The app aims to deliver a fully enhanced learning experience, combining the latest in mobile entertainment--and the power of narrative design--with a revolutionary approach to teaching history. The aim is to awaken, revitalize and literally bring to life a student's fascination for the past, alongside the pages of history.

So far, the project's many worlds, stories, and stages of development have been entirely self-backed and self-funded. With this next stage of external, Indiegogo-backed funds, the team plans to release five new chapters by the summer of 2019, bringing together a rich history curriculum, illustration, animation for mobile, specialized motion fx, animated infographics, custom 3D animation, video editing, sound design, music, voice acting, and consultation with top historians and digital literacy experts.

There are several levels of backing that offer those who will pledge funds the chance to claim a perk that will feature them directly in some aspect of the creative process. Backers at the $25-level for example, can write two lines of dialogue. Meanwhile, even at the $5 level, backers can gain voting rights on the next character coming up in these chapters. At the highest level of pledging, backers can even be featured as a 3D animated character, referred to as "The Wealthy Patron."

This learning experience promises to be unlike any other as none of the characters featured are historical figures. That means, instead of memorizing the feats of Alexander the Great or the maneuvers of Napoleon, students will be gaining a holistic sense of what it meant to be truly alive in these historical epochs. From stories of a "morose samurai with a broken heart," to the adventures of a "Spanish conquistador in 16th century Peru suffering hallucinations from tropical fever," the cataloged life and times of real humans promise to be spun up on today's latest mobile technology through https://www.indiegogo.com/projects/history-adventures/x/20419096#/. 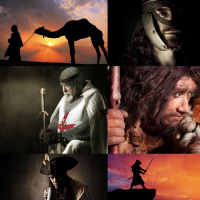 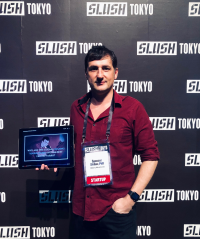