With Essure Lawsuits Pending, FDA Invites Public Comments At Meeting Of Its Advisory Panel On The Essure Birth Control System After Multiple Reports of Perforation Of The Uterus, Pelvic Pain, Ectopic Pregnancy, And Fetal And Adult Deaths.

Birmingham, AL -- (ReleaseWire) -- 07/28/2015 --The U.S. Food & Drug Administration (FDA) is inviting interested members of the public to present data, information or oral or written views on Essure permanent birth control device at the FDA's meeting on September 24th. Southern Med Law notes that after Essure lawsuit filings and complaints surrounding Essure, the FDA has called for a meeting of its Obstetrics and Gynecology Devices Panel to seek expert scientific and clinical opinion on the Essure birth control implant after numerous reports of Essure side-effects including perforation of the uterus, pelvic pain, ectopic pregnancy, and even fetal and adult deaths. The FDA has opened a docket so that anyone interested in speaking at the meeting can submit electronic or written comments prior to the event.

"A citizen's petition was filed earlier this year with the FDA containing complaints about Essure. Now, women who have been injured by the birth-control product and other members of the public will have an opportunity to relay their own personal experiences about Essure. We encourage interested individuals to submit their comments or attend the meeting, if possible," says Dr. François Blaudeau, a founding partner of Southern Med Law, who is also a practicing obstetrician/ gynecologist.

The Essure birth-control system was approved by the FDA in November 2002 as a permanent birth control implant. During the outpatient procedure, a doctor inserts small, bendable coils through the vagina, cervix and uterus and into the fallopian tubes. Scar tissue forms around the coils over several months, which blocks the tubes to prevent insemination, the FDA explained. In June, the FDA posted a new page titled, "Essure Benefits and Risk" on its website and contains a list of long-term Essure side-effects, such as:

- Migration of Essure inserts through the fallopian tubes into the lower abdomen and pelvis
- Perforation of the uterus
- Pelvic pain
- Rash and itching associated with possible nickel allergy
- Unintended pregnancy, including ectopic pregnancy (apregnancy outside of the uterus)

The FDA's website says the agency has received 5,093 adverse event reports regarding Essure from November 2002, when the device was first approved, to May 31, 2015. The reports include mental irregularities, headache, fatigue, and weight fluctuations. There were also five reports of fetal deaths occurring in women who became pregnant after having an Essure implant. There were also four adult deaths reported, one reportedly due to uterine perforation during device placement and one death related to an air embolism during device removal surgery, according to the FDA.

Court documents indicate that five Essure lawsuit claims have been filed in the U.S. District Court, Eastern District of Pennsylvania, seeking to remove a shield of protection from Bayer against liability lawsuits that allege such Essure side effects as pelvic pain, organ perforation and unintended pregnancies. According to the Essure lawsuit filings, Bayer purchased Conceptus, the original manufacturer of Essure which received approval from the FDA for the birth control implant. The FDA approved Essure with a list of conditions, one of which was a requirement for Essure's manufacturer to report adverse events resulting from the device. The complaints allege that Bayer concealed adverse events and the company's action invalidates Essure's conditional approval. According to the plaintiffs, Bayer's action opens the company up to product liability lawsuits over its Essure birth control devices. Bayer maintains that the company should continue to be shielded from Essure lawsuits because there is "no document which says the Essure PMA (premarket approval) is invalid." The federal judges presiding over the cases have not yet ruled on the plaintiffs' request. (Case No. 2:14-07315, 2:14-07316, 2:14-07317, 2:14-07318, 2:15-00384, U.S. District Court, Eastern District of Pennsylvania)

About Southern Med Law And Filing An Essure Lawsuit
Southern Med Law is an experienced law firm providing legal representation to the men and women across the country who have been victims of negligent personal injuries, medical malpractice, dangerous drugs, faulty medical devices and defective products. Led by Dr. François Blaudeau, an attorney and a practicing obstetrician/ gynecologist, the legal staff at Southern Med Law possesses a deep understanding of the complex medical and legal questions at issue in all manner of product liability and personal injury claims. They're not afraid to take on the nation's largest corporations in their pursuit of justice, and are committed to ensuring that all victims have access to the type of aggressive legal advocacy that assures success. 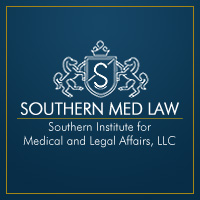