Reno, NV -- (ReleaseWire) -- 12/17/2018 --Esteem Medical Spa wanted to do something different to help those less fortunate this holiday season. So, the spa held a charity giveaway contest with a prize of $1K. Members of the Northern Nevada community were asked to nominate a charity to receive the money. Top nominees were a local nonprofit, the Katie Grace Foundation, and the Red Cross. The spa's Facebook followers then voted between those two charities to determine the winner. They selected the Red Cross.

Specifically, the funds from Esteem were earmarked to help the Camp Fire victims in Paradise, California. The Camp Fire began on November 8th, 2018, in Northern California. It caused at least 85 civilian fatalities and spread across more than 150,000 acres before reaching 100% containment on November 25th.

Unfortunately, the Camp Fire left serious devastation in its wake, displacing almost 1,000 people. As a result, the Red Cross gave the disaster an intensity level of 7, based on its financial cost and the loss of human life. By contrast, Hurricanes Michael and Katrina were level 5 and 6 disasters.

With the money from Esteem Medical Spa, Red Cross can further its mission of providing shelter, food, and emotional support to the victims of the Camp Fire. This aid has been so appreciated by those who were left displaced.

David Troy Wigham, a Paradise resident who lost his home, is extremely grateful for the Red Cross shelter. "It's marvelous," he said. "These people here are so great. They'll literally give you anything you need before you even ask for it."

Naturally, the staff at Esteem Medical Spa and the Northern Nevada community are pleased to be able to support the goals of the Red Cross. If you wish to donate to the Red Cross, you can do so by visiting here. 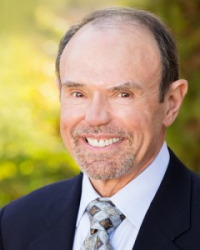