Reno, NV -- (ReleaseWire) -- 06/13/2017 --Esteem Medical Spa is giving away two free CoolSculpting treatments during the month of June. Two lucky winners will be chosen during a livestream exhibition of the newest CoolSculpting applicator, the Cool Petite.

The event will be broadcast June 28th @ 6:00 pm (PT) on Facebook Live. Contestants have until June 24th to enter to win a free CoolSculpting treatment from Esteem. The winners' names will be announced during the live feed. Contestants must be present to win, either by sharing or commenting during the live show.

Esteem is proud to be the first and only medical spa in Nevada to incorporate two simultaneous Cool Petite applicators into their CoolSculpting treatment. This dual-sculpting technique will be demonstrated live during Esteem's Facebook stream.

CoolSculpting's Cool Petite applicator is the first FDA cleared fat reduction treatment for the underarm area. This non-invasive treatment takes just 35 minutes, and is the first of its kind designed specifically to target and eliminate fat on the underarm.

Esteem's success with CoolSculpting has only continued to grow. The locally owned medical spa is the only practice in Nevada to have more than two CoolSculpting machines, and one of the few to surpass 100 CoolSculpting cycles per month, making them one of the most experienced providers of CoolSculpting in Nevada. Owner and founder Dr. Michael Glass hopes that a demonstration of the new CoolSculpting applicator will introduce people to a safe, effective alternative to traditional fat reduction surgeries like liposuction.

"I've championed this product from the beginning," says Dr. Glass. "It rests on the surface of the skin. It's fast, effective, and people love the results they're getting from it. If anyone is interested in seeing this treatment in action, I would encourage them to tune in June 28th to see for themselves how easy it is."

The giveaway is open to anyone living in Northern Nevada. The entry form can be found here. The deadline to enter is June 24th, and the livestream will take place June 28th @ 6:00 pm (PT) on Facebook Live.

About Esteem Medical Spa
Esteem Medical Spa is a locally owned, family-operated medical spa and salon serving Reno, Sparks, Carson City and the Greater Northern Nevada area. Esteem specializes in non-surgical cosmetic treatments for men and women. Owner and founder Dr. Michael J. Glass has over 30 years' experience in clinical medicine, including as an anesthesiologist and Medical Director for St. Mary's Outpatient Surgery Center, where he worked in a number of surgical sub-specialties, including general and plastic surgery, gynecology, orthopedics and urology. 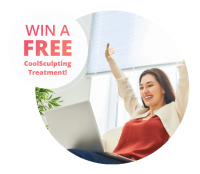