Henderson, NV -- (ReleaseWire) -- 09/21/2017 --The recent price explosion of Bitcoin has left many would-be investors behind, wishing they had purchased when it was in its early, affordable years. Now, a new cryptocurrency that offers many of the same benefits as bitcoin, has captured the attention of investors looking to get in on the ground floor of the next big thing. Enter, EtherBTC.

EtherBTC a "hybrid" cryptocurrency that combines the strengths of two of the most popular cryptocurrencies into one: Ethereum (the Ether part of the name); and bitcoin (the BTC part).

Ethereum is a decentralized, blockchain-based computing platform that facilitates smart contracts. The supply of Ether is unlimited, and over 90,000,000 units of Ether currently exist. It is faster and more stable than bitcoin and some of the biggest names in the business, including Microsoft, MasterCard and Intel are part of an Ethereum Enterprise Alliance to develop apps that run on the Ethereum blockchain.

Bitcoin is the oldest and best-known cryptocurrency. Because of its limited supply (only 21,000,000 bitcoin will ever be created), its price has risen dramatically from a few pennies in 2009 to several thousands of dollars today.

"The Ethereum blockchain processes transactions quicker than bitcoin. Rather than reinvent the wheel, we chose to build our cryptocurrency on top of Ethereum," explained JA Zyskowski, lead developer of EtherBTC. "This allows EtherBTC to benefit from the existing network of miners and all future innovations made by Vitalik Buterin and his team of genius programmers. EtherBTC is also able to be stored in, and transferred from, existing Ethereum wallets."

EtherBTC (ETHB) can be purchased now, during an Initial Coin Offering, using a multitude of other cryptocurrencies for payment. On 10/7, ETHB will be listed on a decentralized Ethereum exchange and only Ethereum will be able to be used to purchase it. Visit https://etherbtc.io/ today to learn more.

About EtherBTC
EtherBTC is not a company, it is a decentralized cryptocurrency. JA Zyskowski is the lead developer and largest coin holder of EtherBTC.

Disclaimer:
Please consult an independent registered investment advisor before making any investment. Be advised that investments are constantly in flux and the value of investments vary daily; thus, past performance is not a guide to future gain. The news site hosting this press release is not associated with EtherBTC. It is merely publishing a press release announcement submitted by a company, without any stated or implied endorsement of the product or service. 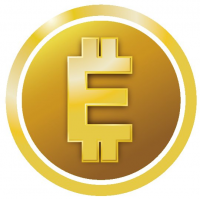