Columbia Station, OH -- (ReleaseWire) -- 08/01/2019 --Even Mix™ is proud to announce the launch of an innovative new product, the Even Mix™ Electric Mixer, which weighs just twelve pounds and uses patented technology to ensure a consistent and even mixture for your tote mixing.

Developed using aerospace engineering—literally, rocket science—the Even Mix™ Electric Mixer is a ground-breaking industrial mixing system comprised of the newly launched Electric Drive and a 16-inch folding blade. The slotless, brushless DC motor offers longevity without the need to replace worn parts. Meanwhile, the patented variable pitch blade, designed with NASA technology, creates a three-dimensional mixing motion to evenly mix every drop of liquid in the container. The blade also boasts an impressive 16-inch length and the ability to withstand up to 500 inch-pounds of force.

One of the biggest differences users will notice is the extraordinary lightweight of the Even Mix™ Electric Mixer. While similar tote mixers can be as heavy as 75 pounds, the Even Mix™ Electric Mixer weighs in at a mere twelve pounds, without sacrificing any power; it boasts an impressive mixing capacity of up to 50,000 Centipoise (cps). And its convenient lightweight means that one person can easily install it—no forklift required.

But the Even Mix™ Electric Mixer does not only offer innovative blade design and lightweight power. It also uses a unique downward mixing motion, which reaches the bottom and corners of the container; traditional IBC mixers cannot mix liquids as thoroughly. And because the Even Mix™ Electric Mixer does not create a vortex, no air bubbles get trapped in the mixture. The result is a consistent, well-blended liquid—every time.

Alongside these amazing innovations, the Even Mix™ Electric Mixing System features:

About Even Mix™
Triad Capital Group LLC DBA Even Mix™ was founded in 2012. They offer Special Metal Prototyping and Stamping in the same building, boasting full metal capabilities of cutting, bending, welding, machining, and painting various metals. Even Mix™ is no stranger to innovation and success, and the Electric Drive is simply another example of their ingenuity. Since 2012, the Goldman Sachs 10KSB Program Alumni has grown by 100% annually and won prestigious awards, including the Weatherhead 100 Winner for Growth in Cleveland. 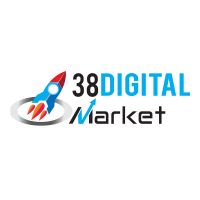