One of the leaders in Sports Travel recommends; it's now time to book your complete Super Bowl package and game day ticket to Super Bowl 48. Bundling your ticket to the game with a hotel and working with an award winning Sports Travel company is the best way to experience the big game.

New York City, NY -- (ReleaseWire) -- 01/09/2014 --With the Super Bowl coming to the New York / New Jersey area, fans are flooding the market with packages requests that include hotel accommodations and game day ticket, most packages are for two fans per room.

One of the best websites found for packages was SuperBowlTickets.net, they featured a two night Super Bowl Hotel and Ticket Package, with accommodations next to MetLife Stadium at the Meadowlands Plaza Hotel including game ticket for $3,250 per person. The toll free number on their website is 1-866-881-5375, more details on all their available packages can be found at their website listed below. They allow fans to easily upgrade seating locations and levels of service for hotels next to Super Bowl BLVD between 34th and 44th street on Broadway in New York City.

We spoke to company executive Tim Mooney, he said "no one has the hotel inventory we have, customers can choose rooms in New York City very close to NFL Boulevard at hotels like the Muse, Sheraton Times Square, Dream Hotel, Roosevelt and Ink 48 to name a few." He went on to say "We welcome other Super Bowl travel providers to contact us in addition to the NFL fan base interested in having a great time at this years big game, if they still need help planning their trip".

When doing additional research on their website, packages with upgraded seating locations in the lower level or club box areas were found ranging between $4,000 and $5,550 per fan, depending on the hotel. Fans could also choose the Meadowlands Plaza or Marriott East Side as potential lodging options. The companies owner said "most fans elect to include at least one party or pre-game event to complete their bucket list Super Bowl experience."

We also found that the number of nights varied, for example, hotel packages listed on their website show options for 2, 3 or 4 nights, depending on the fans arrival and departure patterns. Tim Mooney also said "so far, most fans have elected to stay in Manhattan / New York City, as close as possible to NFL Boulevard, which is located on Broadway between 34th and 44th streets". These fans will take public transportation to the official shuttle locations, then to the Metlife Stadium complex. NFL fans should expect a total travel time less than one hour by train and if everything is running smooth, as little as twenty minutes.

Super Bowl XLVIII or number (48, will take place at Metlife Stadium in East Rutherford, NJ on Super Sunday February 2, 2014, FOX Network will beam the game Worldwide to over a hundred countries. The game will officially begin at 6:20 pm Eastern Time or -5 GMT (Greenwich Meantime). The Half-time artist is Bruno Mars, the top parties during the week are expected to be MAXIM, ESPN, Taste of the NFL, DirecTV, EA Sports, Leather and Laces to list a few. More information about the week in New York / New Jersey click here for the Official Super Bowl Site at NFL.com

About SuperBowlTickets.net
SuperBowlTickets.net is a provider of sports travel packages and game tickets for the Super Bowl at Metlife on Sunday February 2, 2014 online. All tickets and hotel rooms are 110% fan guaranteed for authenticity. They offer a full service travel team on-site for your hotel arrival in the New York area and will provide free concierge services and transportation assistance for every customer. 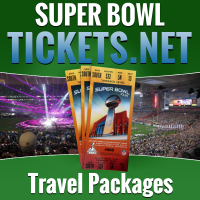 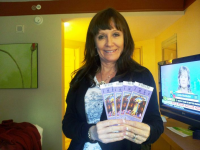 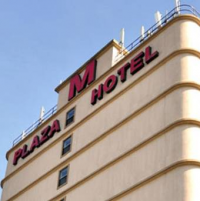