Seattle, WA -- (ReleaseWire) -- 04/07/2020 --ZeroDark is honored to announce the newest member of its Board of Directors: senior information security executive Tarah Wheeler.

Wheeler is widely acclaimed for her expertise in operational security management and media commentary on international security. She began her tech career a quarter-century ago in computer repair, became a Linux systems administrator and web application developer, and moved into security operations at companies such as Silent Circle, Symantec, and Splunk.

"ZeroDark is a brilliant, economical infrastructure solution built solidly on the fundamentals of cybersecurity by the people who invented a huge amount of the cryptography baked into the world's most ubiquitous products," said Wheeler. "In these changing times, I'm thrilled to work with a team of global security experts to bring real encryption to everyone, not just governments and multinational corporations. Everyone deserves privacy and confidentiality, and the right to own their own data."

Wheeler's 2018 article "In Cyberwar, There Are No Rules" is the top Foreign Policy article on cyberwarfare. Wheeler has testified on cybersecurity to the Washington State Senate, and spoken at the Malaysian Securities Commission, on Bloomberg Asia, at the United States Federal Trade Commission, Stanford University, the University of Oxford, and the United States Military Academy at West Point. She is an oft-invited cybersecurity expert at the Organization for Economic Cooperation and Development in Paris. She wrote the 2016 bestselling career book Women In Tech.

"We are very excited to have Tarah join our Board of Directors," said ZeroDark Chief Executive Officer Vinnie Moscaritolo. "Her world-class risk assessment and operational skills will enable ZeroDark to become the premier independent cloud for consumers."

In addition to Wheeler, ZeroDark's Board of Directors includes Jon Callas, Robbie Hanson, and Vinnie Moscaritolo.

About ZeroDark Cooperative
ZeroDark Cooperative was founded by Vincent Moscaritolo and Robbie Hanson. Moscaritolo pioneered technologies for secure messaging and email as co-founder of Silent Circle and Principal Crypto Engineer at PGP, Inc. Hanson is an AWS, Sync, and Blockchain expert and a top 100 Github Star.

Their advisors include the well-known cryptographer and ACLU senior technology fellow, Jon Callas, and Phillip Dunkelberger, the President & CEO at Nok Nok Labs, who has more than 30-years in cybersecurity experience. Lastly, TK Eppley also brings his leadership experience gained during his career as a cybersecurity executive and a United States Navy SEAL. 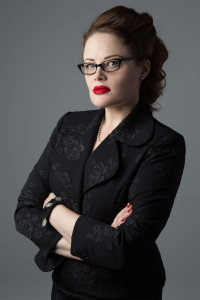