New York, NY -- (ReleaseWire) -- 12/30/2013 --Ezee Rank Tracker now releases its latest update that tweaks entire application. The company has categorized their latest update as a performance update, which has helped to tweak parsing and searching algorithms for Google, Bing and Yahoo.

According to a spokesperson of the company, this new update took some time to release. It has tweaked the algorithmic equation and function of the tracker tool to make it faster and efficient. All new bugs that were troubling the tool are now fixed with the update.

He adds, “Our recent update was released on December 18 and its has successfully removed the bugging effects on the tracker tool. We are also able to fix parsing issue that was affecting few domains for sometime.”

The latest update for the serp checker tool now turns out to be handy to parse various cached results of web pages while searching them. It has also fixed a number of issues that were disrupting easy functioning of few sub-domains in Bing and Yahoo. It now provides accurate ranking of websites with expert proficiency.

The spokesperson also added, “We are able to tweak the entire rank checking tool with our latest update release. This has enhanced the algorithmic functions and searching ability of our tracking tool. We are also able to set tweak parsing algorithmic function of Google.”

Jim Alter, a business personnel and owner of a website says, “The rank tracking tool played a great role to turn my dreams into reality. Their latest update has really fixed the bugging problem that was creeping out for some time.”

About Easy Rank Tracker
Easy Rank Tracker is a tool that checks ranking of users’ websites in leading search engines like Google, Yahoo and Bing. It delivers instant white label website rank changes and SEO report. The tool is now available in both free and pro version. They have introduced unlimited SEO or keyword searches for more than 38 regional Google domains. For details, visit http://ezeeranktracker.com/. 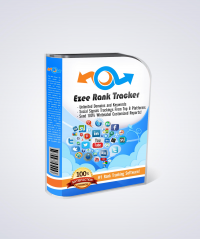