Face Masks for the Frontline First Responders Thanks to Fiat Chrysler

More than one million additional protective face masks per month will be coming to the fight against the coronavirus in North America, courtesy of Fiat Chrysler Automobiles, the company announced Monday.

FCA said it would make and donate the face masks to first responders and health-care workers on the front lines against COVID-19, for initial distribution across the United States, Canada and Mexico in the coming weeks. Production capacity is being installed this week, FCA said in its news release.

"The face masks are to be donated by FCA to police, EMTs and firefighters, as well as to workers in hospitals and health care clinics. This action is the first of a multifaceted global program being developed by the company through applying manufacturing, supply chain and engineering expertise to support the global fight against the coronavirus pandemic," FCA said.

The company has also been involved in talks through its parent company, Exor, to possibly assist with ventilator production in Italy, which has been hit hard by the disease. Those talks echo discussions involving General Motors and Ford in the United States.

FCA CEO Mike Manley said protecting first responders and health-care workers has never been more important.
"In addition to the support we are giving to increase the production of ventilators, we canvassed our contacts across the healthcare industry, and it was very clear that there is an urgent and critical need for face masks. We've marshaled the resources of the FCA Group to focus immediately on installing production capacity for making masks and supporting those most in need on the front line of this pandemic."

Specific details on production of the masks was not available. Earlier in the day Monday, the company released this statement: "The fastest way we could get relief to U.S. first responders and health care workers was to use one of our operational plants. So, we are quickly converting one of our China plants until the U.S. plants are back up and running."

The company, along with GM, Ford and other automakers, has announced plans to shutter plants for the time being as the virus continues to spread.

As clients of beMarketing, Gary Barbera's on the Boulevard and its affiliates / brands provide submissions to vendor for verification and publication. The content of the material provided is for informational and entertainment purposes only. Any third-party links are for reader's convenience and not an endorsement. No commitment has been suggested to update content at any time. Not responsible for errors or omissions. beMarketing verifies content and material as well as manner of presentation to be reflective and in accordance with publication and release of third-party references, disclosing sources of information and citations.

About Gary Barbera's on the Boulevard and His BarberaCares Programs–Proud Recipients of the Prestigious Family Business Awards and The Corporate Philanthropy Award for the Region's Most Charitable Givers
Gary Barbera 's on the Boulevard proudly celebrates their 30th anniversary since swinging open the doors showcasing Dodge, Ram, Chrysler, Jeep and CPOV vehicles collaborating with its own Philadelphia's Credit Connection- On-Site Instant Auto Credit. Over 1000 Vehicles including 300 Jeeps Cheap at one location. Gary Barbera 's on the Boulevard is recognized by FCA as Philadelphia's #1 volume dealer in both new and pre-owned vehicles for decades. It was a modest start in Roxborough as a single-point Dodge dealer. Focus and dedication propelled Barbera's to quickly become and stay the #1 Dodge Dealer in 6 states, PA, NJ, DE MD, VA, and WV since the start while receiving Chrysler's highest accolade J D Power certification.

The Barbera Culture rooted in the belief that Business Comes Where it is Invited and Stays where it is Well Treated. The Barbera organization hires hospitality and trains talent ensuring that every colleague's standards are in alignment with Barbera Guest Hospitality, Consistent Service, and Gratefulness for the Client's most precious gift, their valuable time. Barbera's proudest moments are when they are welcoming back families who have purchased 9-10 cars and who have referred their friends and family. The trusted gift of a referral of family and friends is an accurate measurement of how a client feels about his experience with a business.

The Barbera family credits their parents with instilling the Barbera Culture of Hospitality, Family Values and a Strong Work Ethic. Their mother Rita Barbera known to all as "Lovely Rita" was kind, socially conscience, and valued family and hard work. Their father, Eugene Barbera planted the automotive seed through his business, Palm Auto, a carwash, gas station, auto repair and body shop center located in Fishtown before it bloomed into the sprawling area it is today. The Barbera family would work for their father as children forever inspired by his formidable work ethic and his standards of fairness and client satisfaction. Their dad would say, "Hard work never hurt anyone, but aggravation will surely kill you."

Honored to be recognized by countless awards most recently with the prestigious Family Owned Business award for dual accolades; Gary Barbera's on the Boulevard for positively impacting their communities economically and BarberaCares honored for Community Service Excellence. On the heels of this crowning achievement Gary Barbera's on the Boulevard is recognized alongside industry icons 6ABC, QVC, and Comcast NBCUniversal for Corporate Philanthropy as the region's most charitable givers.

The BarberaCares Programs leads the way in community service. Barbera's Don't Text and Drive Campaign- Keep the Boulevard Safe Collaborations. Proud inaugural partner of Governor Edward
G. Rendell's Adopt-A-Highway state wide clean up initiative from the ground up, 1000's of Book Bags, Turkeys and Winter Coats have been hand delivered to underserved neighborhoods of the city such as Strawberry Mansion, PSA Solar Recycling Kiosks Greening-up while Championing hometown heroes such as the AACR, the Roxborough and Northeast Family YMCA's and Support of Philadelphia's finest including P.A.L , honoring Veterans for their service and sacrifice. Of course, 1000's of individuals, children, families, youth groups, churches and synagogues have been added to the list of BarberaCares partnerships by over the 3 decades.

Their Philly famous mascot – the Barbera Bear can be seen lending a paw and entertaining during parades and community clean-ups. Gary Barbera 's on the Boulevard is also known for where the Stars buy their Cars! It all began with Jim McMahon and Doug Pederson as a young Quarterback in the 90's, Coach Andy Reid with many, many stars in between and after including, Now it's Coach Doug Pederson and he's been driving Barbera for decades! Now it's your Turn. Gary Barbera's on the Boulevard is a Philadelphia Icon alongside Frank's Beverages, Tastykake, DiBruno Brothers with an unforgettable Iconic Slogan I would be remiss if I didn't ask...Is Barbera the Best… Boy I Guess! 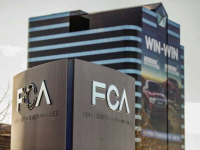