Fan Lyfe, a social network which borrows from the immense success of Snapchat, will allow fans to record and upload videos to their favorite team's fan feed whenever they have a game.

Whether they're watching at home from the couch, or in real-life from the front row of the stadium, sports fans will be able to share their viewing experience with others, as well as seeing how their fellow supporters are taking in the big game.

The app works by asking users which team is their favorite, across a wide range of sports, including baseball, football, soccer, and basketball. Both professional and university leagues are covered, and users can choose multiple teams, depending on their level of interest.

Fan Lyfe will then provide the user with direct access to the fan feed of their team of choice, informing them who they are playing that day, and how other supporters are preparing for the big game.

Fan Lyfe operates in a similar way to the Snapchat's Geofilters, with users in control of the community-based content published on their feed.

Willie Nelson, the founder and CEO of Fan Lyfe, said: "The likes of Snapchat, which processes billions of pieces of content per day, have proved extremely popular as smartphone technology has evolved, and we thought we could tap into that, especially given the average US person's passion for sports."

"Whether you're a fan of the Yankees in MLB, the Cardinals in NFL or even one of the newer members of Major League Soccer, has all your game day needs covered – wherever you are in the world, you'll feel a member of your franchise's community!"

And users' Fan Lyfe input isn't just limited to interactions with fellow fans; there's also the opportunity to talk to opposition supporters before, during and after the game.

A company spokesperson for Fan Lyfe added: "We expect trash talking, goading, and plenty of opinions - we just want to get people connecting and interacting about their sports experience, no matter which team they follow!" 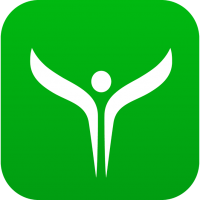