Ticket Down has great deals on FC Barcelona vs. Real Madrid tickets in conjunction with the 2017 International Champions Cup in Miami at the Hard Rock Stadium. This trusted ticket exchange has extended their promo/coupon code SOCCER for added savings.

In what is sure to come as a real treat for US soccer fans, this game is famous as being one of the best rivalries in the sport. The matchup between Real Madrid and Barcelona, referred to as "El Clasico Miami" pits two of the most winning clubs in the world against one another. To date, Real Madrid leads the series 93-90 with one draw. These two teams also feature two of the most famous athletes in the world – Lionel Messi for Barcelona and Cristiano Ronaldo for Real Madrid.

The venue itself gives fans something to look forward to as well. The multipurpose stadium is home to both the Miami Dolphins of the NFL and the Miami Hurricanes of the NCAA. It seats 65,000 people and also features two of the largest video boards in the world.

The matchup set to take place on Saturday, July 29th is undoubtedly going to be one to remember, and soccer fans won't want to miss out on a chance to see the very first "El Clasico" game to take place in the United States. Tickets for this game are certain to go fast, so be sure to order yours today!

About TicketDown.com
Ticket Down delivers tickets to sold out concerts and events worldwide when no one else can, and they do so at discounted prices. This popular ticket site also has FC Barcelona vs. Real Madrid tickets at Hard Rock Stadium. Find great pricing on FC Barcelona vs. Real Madrid upper level, lower level, club seats, box seats, general admission (GA) and more. Add promo/coupon code SOCCER for added savings.

Check out our discount codes online for all upcoming events. Ticket Down has low overheads which allow this well-known ticket site to keep prices competitive. 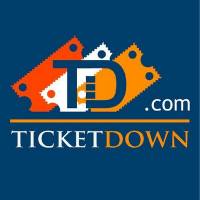