Wife, mother, entrepreneur and sensuality expert Lisa Hughes says the “convenience” of the digital age may signal the end of intimacy. Encouraging women to take their sexuality into their own hands, Hughes says good sex starts with a self-care mindset.

Sydney, NSW -- (ReleaseWire) -- 01/30/2015 --With statistics that say there's a 30% growth in female infidelity in North America alone, it's safe to say something's gone awry. Reported by Bloomberg News in an interview with the CEO of Ashley Madison, an online dating service for marrieds who want extramarital affairs the stats aren't going away. Instead they're joining the ranks of information that states 40% of all infidelities are instigated by women. Stats show married couples are flocking to websites designed to discreetly link "desperate housewives" with the stranger of their choice. And while they're at it, true connection is getting lost in the mix. So says sensuality and relationship expert Lisa Hughes. Hoping to turn the tide so sex and wellbeing can walk hand-in-hand for both sexes, Hughes says the way back to intimacy doesn't include web links.

The co-founder of Love Being Woman said of the trend, "Ashley Madison was founded in 2002 and has since become a 'recession-proof business' worth $200 million. Why? Because I believe we have an epidemic called 'Slumber in Suburbia' where we find comfort in predictability. This syndrome traps couples through routine and habits and before you know it, they have fallen into a comfortable slumber. The internet has changed relationships, communication, self-image and love lives.

Every suburban home has a computer yet there's a disconnect that makes people out of touch and missing true connection. The paradox is we need certainty and uncertainty in our lives. Part of having our needs met as humans is to want variety, adventure, challenges, and surprises. Websites like Ashley Madison are meeting those needs, yet at the detriment to couples and families on so many levels."

Hughes goes on to say that the digital age is reaching a critical mass where consumers have created a culture, and potentially a generation, where sex is nothing more than a commodity. She urges that unless people start as parents to practice and view the value of sex as a physical act that can nourish the mind, body and soul, the culture is in danger of Generation Z suffering as they mature into the information age.

Hughes adds, "As a wife and a mother of two teenage daughters my mission is clear. Create a generation of women to feel empowered to build committed relationships dedicated to passion, connection and bliss. The Be Be helps facilitate that beautifully." 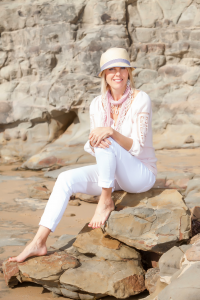 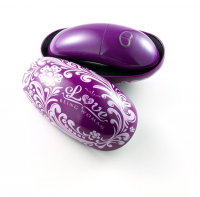