London, ON -- (ReleaseWire) -- 05/17/2016 --Ferris and Char Char, the revolutionary new cosmetics company that is enhancing natural beauty and supporting animal rescues across Canada and the U.S., is live on Indiegogo and raising funds to bring the project to life.

Make-up with a Purpose, is how the company is describing their brand. Whether users wear makeup every day or only on special occasions, Ferris and Char Char is a brand for all, with beautiful shades named in tribute to animals known and loved by the company.

"The inspiration for my venture came from my two little fur babies, Ferris B and Charlotte. Ferris, a Brussels Griffon, is a little gentleman with a heart of gold, equipped with a beard most men would envy!," says founder and CEO Amber Fawcett, "Charlotte was my eight year old, tiny white Pomeranian princess who I lost far too soon to a heart abnormality in 2014. To pay tribute to these two loves of my life, I made them the namesakes of my company."

There are over 14,000 animal shelters and rescues across the Canada and the United States housing hundreds of thousands of animals and yet only a quarter of those are funded by the government meaning that over 10,000 rescue organizations are solely reliance on donations. Ferris and Char Char has partnered with shelters and rescues across the U.S. and Canada who will receive 10% of all sales in an effort to change the lives of so many animals that need it. After every purchase, users will be asked to select a specific shelter or rescue that they would like the percentage of proceeds to go towards.

"I started Ferris and Char Char because I wanted to give people the choice to purchase makeup and know that not only is it a great product, it has a purpose and that is to help as many animals across Canada and the US as possible," adds Fawcett.

The Ferris and Char Char crowdfunding campaign is currently live and available to support on Indiegogo: https://igg.me/at/ferrisandcharchar 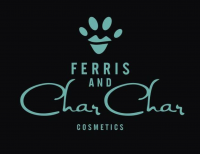 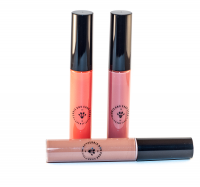