Known for her work with Gluho Doba, Dubioza Kolektiv and La Cherga, Diamusk gives music fans a taste of her own solo album. Set to launch February 5, Fjord Sound Records gives a free download of her new single “Brotherhood” for a newsletter signup.

Bjoa, Norway -- (ReleaseWire) -- 02/02/2016 --Knowing of what she speaks, Adisa Zvekic hits the ground running with a new name and a deeper cause. Grown up in war-torn Bosnia, the singer/songwriter - now known as Diamusk - will soon launch her latest single entitled "Brotherhood". The tune calls for the global community's fortitude while showing off the vocal range of the experienced artist.

An integral musical contributor to projects like Gluho Doba Against Def Age – GDADA (BIH), Dubioza Kolektiv (BIH) and La Cherga (AUT), Diamusk now ventures out. The new solo artist signed with Fjord Sound Records in December of 2015 when executives found her raising funds for production of her new album on Kickstarter. Now backed by Fjord Sound, the solo debut album "Wadada" is expected to release in March/April 2016. All lyrics, vocals, compositions, arrangements and production are performed by Diamusk herself. A labor of love, the project also has the help of her soulmate and husband, Aldin Hasanovic.

Categorized as Alternative meets Pop and Reggae Dub, Wadada's first single is a worthy snapshot of the upcoming album. Starting in early February, fans can download the Brotherhood single by signing up for Fjord Sound's Diamusk newsletter. Those who sign up during the pre-release period will be offered to redeem a free download on the single's release date.

While the sound of Brotherhood is not the typical Balkan sound of Diamusk's previous projects with La Cherga and Dubioza Kolektiv, the artist moves toward an international popular music style. Laced within the sound is a lyrical message. Listeners will soon understand that for a better world, regardless of hardship, they must take control and personal responsibility. Brotherhood is an anthem for a community blessed with powerful tools of love, forgiveness and mastery of one's own life.

Recorded in English at the ChildRoom Studio in Diamusk's own home in the city of Bergen, Norway the album is anticipated to create a stir. Fjord Sound Records representatives said of the release, "We're so happy to get Diamusk's message out to a worldwide fan base. Her work is so integral to the genre and such a voice for humanity. Her experience of the darkness of war and hunger bolsters this musical work with values and heart. With a 20-year career that can boast more than half a thousand concert performances thus far, we're glad she's back."

About Fjord Sound Records
Fjord Sound Records is based in Bjoa, Norway and is a trademark of the company Fjord Sound AS. The music recording and publishing company focuses on both physical and digital formats for Singer/Songwriter artists within various genres. These genres include Alternative, Vocal, Pop, Reggae/Dub and Rock. The company anticipates their Spring 2016 launch of Diamusk's album Wadada. 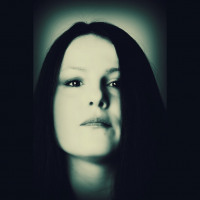 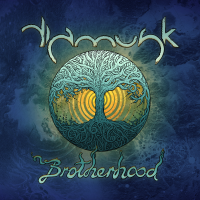