Mobile Sandbox presents the FlipForIt coin toss game app designed especially for the Apple Watch and iPhone. The app helps users flip a coin even when they don't have one.

Albuquerque, NM -- (ReleaseWire) -- 04/28/2015 --Just in time to make users a winner at the flip of a virtual coin Mobile Sandbox launches the FlipForIt iOS app. Developed for the Apple Watch, Mobile Sandbox programmer Matt Ferguson and creative director Devin Williams are changing the way app users approach a coin toss. With the new iOS game app the members of the Albuquerque Game Developer Guild are poised to make the Apple Watch the newest way to make a decision.

FlipForIt for Apple Watch is a virtual replacement for a physical coin that's made to run on the Apple Watch. Most people have at some point in time needed a coin to make a decision. Most have flipped a coin to decide what movie to watch, which restaurant to visit, or who might get to sit in the front seat of the car. Anytime there is a friendly dispute...run FlipForIt app on the Apple Watch and end it. And though FlipForIt is an Apple Watch app that every adult should own, kids will love it too.

- Runs on all iPhones with iOS 8.
- Is designed to communicate and run a visual coin flip on the Apple Watch.
- Touches flip the coin on the Watch and iPhone.
- Tilt the iPhone and move the coin around during a flip.
- Watch flip counts are recorded on the iPhone.

About Mobile Sandbox
Mobile Sandbox is a consultancy and app development company based in Albuquerque, New Mexico. In addition to building enterprise apps MobileSandbox has also created several apps for the Apple Store. These popular iOS apps have held their place in the Top 25 category for an extended period of time. One in particular is LottoAssasin. During the launch of the iPad LottoAssasin held position 23 for two months as a Top News iPad app. Other successes include designing and distributing a password manager named PasswordCaptain. This app supports Apple Touch ID and has enjoyed a solid following with 15,000+ downloads in the last 12 months. The newest redesign from Mobile Sandbox is FlipForIt. This app was brought out of retirement to celebrate the release of the Apple Watch and be part of this new wonderful platform. 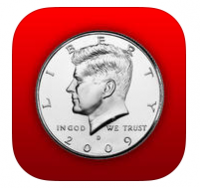 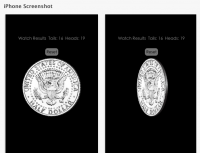