Since establishing FOREO in 2013, Filip Sedic has steered the renowned beauty tech brand to global success. In recognition of his achievements, Top Business Idol has profiled the inventor alongside the likes of Jack Ma, Larry Page, and Bill Gates.

The article discusses the history of FOREO, and how it was in fact Filip's wife, Ivana, who was the inspiration behind it's very first product. "When we first met, she would go for regular facials," the Top Business Idol recalls. "But after our first daughter was born, she had less time for indulging in lengthy treatments. In 2012, she started using a well-known facial brush. It actually made her skin worse! I took a look and realized that its design - conventional bristles and detachable brush heads - meant it was harboring dirt and bacteria. We started researching a gentler, more hygienic alternative, but it just didn't exist. So we set about designing our own."

The resulting device was LUNA, a revolutionary facial cleanser that was gentle enough to use every day, while removing an impressive 99.5% of oil and dirt. But the biggest difference between LUNA and just about anything else available at the time was its material: ultra-hygienic, medical-grade silicone. So significant was this move from conventional nylon bristles that Filip decided to incorporate silicone into the cleanser's name.

"Not many people know this, but when Neil Armstrong and Buzz Aldrin first stepped on to the surface of the moon way back in 1969, they did so wearing silicone-soled boots," explains Filip. "Since silicone was the most striking point of differentiation between our LUNA facial brush and conventional models, we decided to honor the material with the name."

That was 2013, and since then, FOREO has gone from strength to strength. Its achievements include the world's first silicone sonic toothbrush, ISSA; and more recently, the UFO smart mask, created to enhance skin's absorption of a range of expert-developed, Korean-sourced formulas in just 90 seconds.

With more than 200 design patents to his name, Filip's passion for innovation shows no sign of slowing down. Of recognition from Top Business Idol, he said, "It's an honor to find myself in such great company! FOREO is actually a short form of 'For Everyone,' and this is a great platform for helping us spread our experience and expertise even more widely." 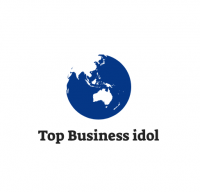 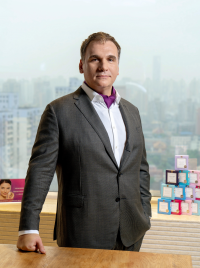