The theme of the conference is Post-Pandemic Recovery and Transformation: Resilient Cities, Healthy Planet. It attracted senior officials from the united nations and African countries, as well as more than 500 government and business representatives to share innovative solutions and build sustainable partnerships.

Dr. Awni Behnam, the former United Nations Assistant Secretary General, presented the SCAHSA to Forest City at the ceremony. He showed his approval to the green development of Forest City Johor and believe that Forest City is changing the way of planning, development, management, and other aspects of the living environment for the future city.

The Sustainable Cities and Human Settlements Award (SCAHSA) aims to encourage the organizations which promote the urban transformation and innovation to create a sustainable city and a high-quality life. In addition to SCAHSA, the efforts in living environment in recent years encourages Forest City to win a great deal of awards.

Although Forest City Johor has won numerous awards in green construction, it has not stopped pursuing the goal of green ecological city. According to the latest document published by Forest City - Ecological Development Action Plan, the first phase (2014-2019) of the task has achieved remarkable results.

The main task of the first stage is promoting the development of the urban green ecosystem by applying environmental concept throughout the urban planning, development, construction, and city operations.

In the stage of urban development and planning, Forest City pays close attention to the surrounding natural environment through regular hydrological monitoring and satellite remote sensing technology. In order to achieve sustainable development, Forest City constantly adjust the plan according to the changes of the surroundings.

In the aspect of protected mangrove forest, the growth of the mangrove forest is monitored by satellite. In addition to the monitoring project, Forest City has set up a professional forestry corps to reinforce the mangrove forest's protection. By the end of 2019, it has effectively prevented 5 cases of illegal felling. Forest City Johor also cooperates with a professional afforest team to carry out plantation daily monitor. Through satellite monitor and human inspection, a three-dimensional protection system has been built.

At the same time, digital technologic tools are allowed to access community services, which not only improve traffic efficiency, flow of information and business competitiveness but also ensure a more secure living environment. This is the global development trend echoes with the idea of the Forest City.

Through the great effort of Forest City Johor, the achievement of the construction of green city and coastal ecological protection will be recognized by the community and presented in Forest City eco museum. As an example of the future city, Forest City will spare no effort to focus on development of smart city and the protection of the ecological environment.

About Forest City
Forest City is a new urban development in the Iskandar Malaysia Special Economic Zone. Forest City focuses on sustainable development and the balance between urban and natural environments, which has significant meaning in local environmental protection. With advanced vertical greening design, it has become an example of the green smart city. 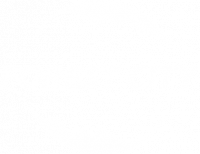