Local resident, Marcus Cook, announced today that he will be competing in the 10th Annual TriRock Austin Triathlon on Monday, September 5, 2016 in Austin, TX.

Houston, TX -- (ReleaseWire) -- 08/31/2016 --Local resident, Marcus Cook, announced today that he will be competing in the 10th Annual TriRock Austin Triathlon on Monday, September 5, 2016 in Austin, TX. Cook, who underwent a gastric bypass in September 2015, has completed several races since the surgery, including five sprint triathlons, one which he ran with his surgeon, Garth Davis, M.D., a Bariatric Surgeon affiliated with Memorial Hermann Memorial City Medical Center, and Assistant Professor of Surgery at McGovern Medical School at UTHealth. "Marcus joked that if he lost a certain amount of weight, we should participate in a triathlon together. I didn't believe he was serious.

But as I watched him shed pounds, eat right, and get active, I knew I needed to hold up my end," Dr. Davis said of his commitment.

The TriRock Austin Triathlon hosts a variety of distances for athletes to choose, including a Super Sprint (swim 350 meters, bike 6.2 miles, run 3.1 miles) Sprint (swim 700 meters, bike 12.4 miles, run 3.1 miles) and Olympic (swim 1500 meters, bike 24.8 miles, run 6.2 miles). This Labor Day, Cook will compete in the Olympic distance race, an accomplishment that at almost an exact year ago seemed a far­fetched dream at best. Today, he looks forward with anticipation to setting and meeting new goals as he continues to set the bar higher and higher, and rewardingly watches the numbers on his scale drop lower and lower.

With a pre­surgery weight of 489 pounds, the procedure alone would not be enough to achieve a healthy BMI. Dr. Davis, an accomplished triathlete himself, challenged Cook to use this surgery as a tool to aid in a lifestyle change. What seemed an insurmountable goal, Cook turned into a reality by taking the words of his surgeon to heart: "Do something new every day."

Cook has surrounded himself with a team of people who are helping him to achieve success on his journey to healthy living. One teammate advised him to set a goal of something tangible? something he couldn't do now, but could work toward. Triathlon training became that goal.

Cook hopes that his story will be motivation for others who are overweight or are too intimidated to set such lofty goals for themselves. He wants to show that by applying hard work and doing something new every day, they, too, can achieve triumphs that never before seemed possible. "I hope someone will hear my story and say, 'If he can do it, I can do it.' I was nearly 500 pounds, and I made a change."

For more information on the TriRock Austin Triathlon visit http://trirock.competitor.com/. 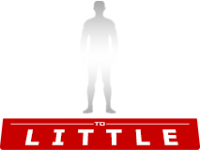 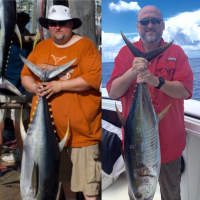 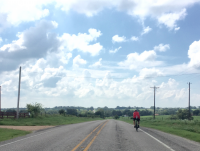